Iowa State Returns to the Road to Face NDSU Friday 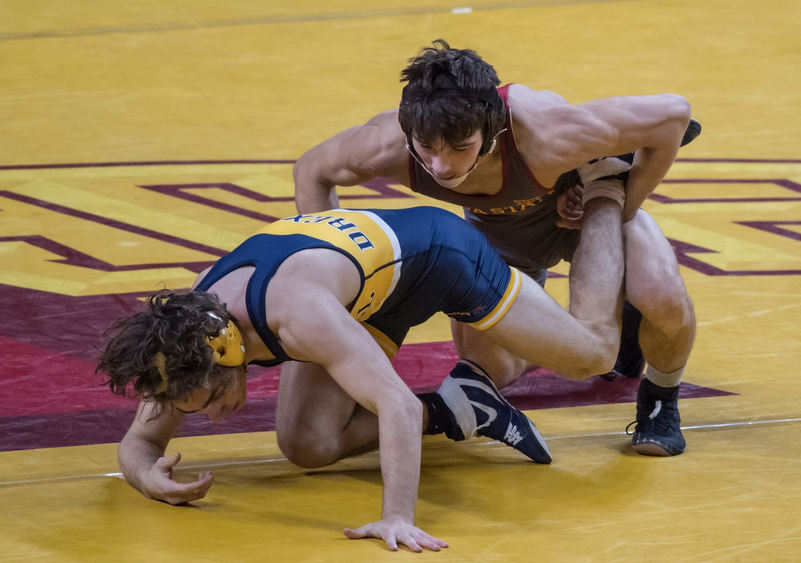 The Iowa State Cyclones are in the middle of a tough stretch in their schedule as they hit the pavement for two dual road-trip for the second week in a row. The overall performance left the Cyclones 0-2 in the state of Oklahoma taking losses to the Sooners 21-16 on Friday night followed by a 31-3 showing against the Cowboys of Oklahoma State on Sunday.

Despite the winless team performance, there were some positives takeaways from the weekend and we would be remiss if we didn’t start with the 2-0 performance by Ian Parker. After starting a majority of the season at 133 pounds for the Cyclones, Parker made the ascent to 141 pounds following the news that his teammate Kanen Storr would be transferring out of Ames. In his debut at 141 Parker downed three-time NCAA qualifier Mike Longo, 4-2. Perhaps even more surprising was the fact that Longo defeated Storr 2-1 earlier in the year.

If the win over Longo didn’t convince you that Parker has arrived at 141 he doubled down and beat Dean Heil on Sunday, 3-1 in what was the only Cyclone victory of the dual. A two-time NCAA champion, even with the recent struggles by Heil this victory should still be considered a signature win for the young freshman who is still adjusting to the new weight.

The other side of this dual is a North Dakota State squad that has struggled of late. The Bison do carry six wins on the season, but they are notably 0-5 in Big 12 conference duals. They are led by their senior 157 pound wrestler Clay Ream, who checks in at #9 in TOM’s rankings. Additionally Andrew Fogarty is ranked #19 at 165 pounds and Cam Sykora is a returning NCAA qualifier at 133 pounds.

With all the team turn over both of these squads’ have experienced the only two wrestlers that have faced each other is the 149-pound matchup between #18 Jarrett Degen and Kyle Gliva. The pair met back in December at the Cliff Keen Invitational where Degen came out on top 11-7.

The loss of Storr has created a full-time opportunity for sophomore Markus Simmons, who took over the 133-pound weight class once Parker made the jump to 141. Coming off a 0-2 performance last weekend Simmons has a chance to get back on track against a quality opponent in Sykora. What better way for Simmons to prove he is NCAA qualifier material than by knocking off a former qualifier this weekend.

Fans from the state of Iowa will also get to see a familiar face this weekend at 197 pounds where North Scott graduate Cordell Eaton has established himself as the Bison’s starter. In his second season as starter, Eaton will have a tough matchup with Cyclone freshman Sammy Colbray who may be beginning to turn a corner.