Where are they right now? Taking stock in UNI’s season so far. 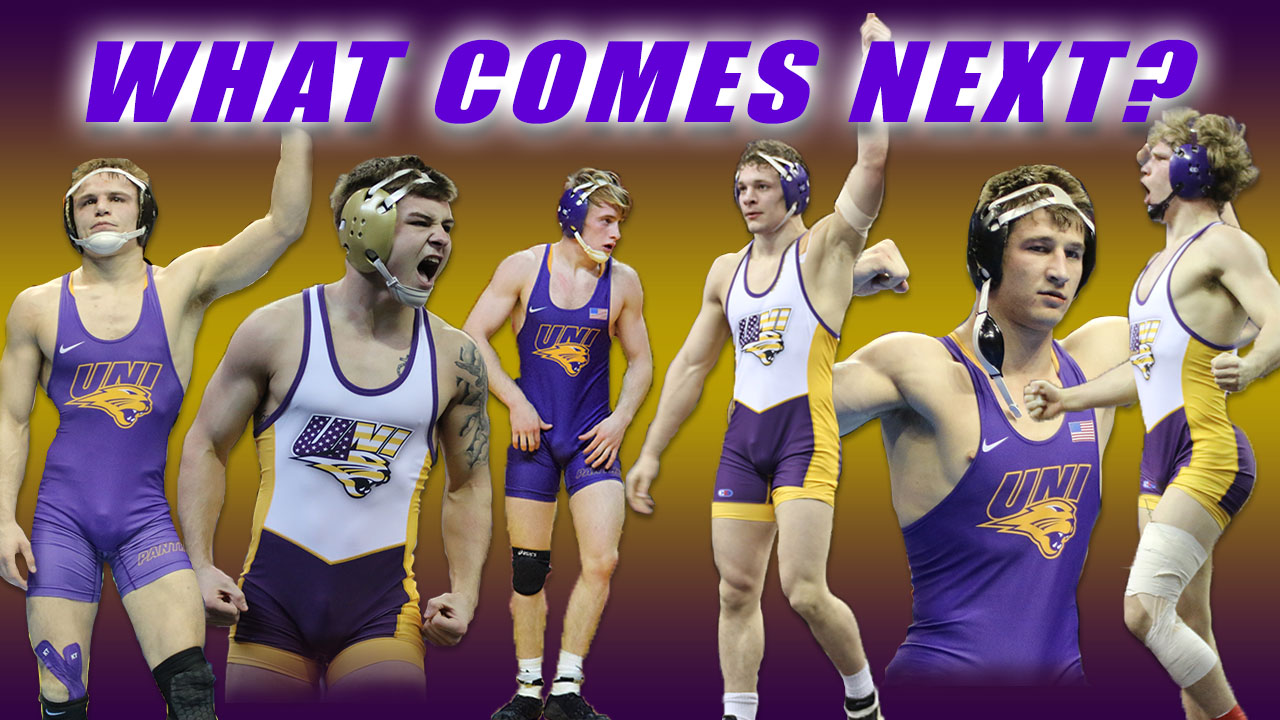 With just four duals remaining in the season what is the state of the Northern Iowa program?

That’s a tough question to answer right now. At least for me it is, and I’m the one writing this. Let’s review what we’ve seen so far.

The Panthers are 5-2 overall in duals, including this past weekend’s Virginia Duals Tournament. They had a combined score this weekend of 106-46, giving up 24 of those points against one opponent, Arizona State. In its other three duals they did not give up double digit team points and they took home third place.

That’s pretty good. In fact, it’s probably better than pretty good. Especially when you factor in that not one starter on UNI’s squad is a senior. Only two of them are juniors – Josh Alber and Drew Foster. Logan Ryan is also a junior, but he’s a semi-regular starter. Everybody else is an underclassman.

So how do they rank as a program? Before this weekend The Open Mat had them at 16th in their tournament ranking and 14th in their dual ranking. In any other sport being ranked 14th/16th in the nation would be huge. Imagine having the 14th ranked men’s or women’s basketball team in Cedar Falls. People would be going crazy, especially with such a young team.

But this is wrestling. Where the standards are different, both from the outside and from the inside. I don’t think the current coaching staff would say that this is where they want to be ranked. Sure, it’s nice, but they want to see a smaller number.

Let’s take a look at some numbers for UNI’s ranked wrestlers.

Against wrestlers ranked below them those wrestlers have a 14-4 record, making their combined record against ranked wresters 15-20.

Let’s address the first number, 1-16. That doesn’t seem that good. And it’s not. I’m not going to sugarcoat it, that’s not a good record against the best competition. And to add to that fun feeling, I don’t know how to put a positive spin on it. I sat and tried to think of one and the only thing I could come up with was:

At least they got 17 chances against the best competition this year. That’s something, which is better than nothing.

I do think that just getting the opportunity to get your hands on an opponent, especially the best ones, is the best way to get better. When they go back and watch tape of those matches, hopefully they can learn from what they did and recognize situations if and when they wrestle those opponents again.

And as we move on to the second set of numbers, 14-4, that looks a little bit better. Those ranked wrestlers are beating the guys who they’re “supposed” to beat, which basically means that the people who make these rankings are doing a good job.

And that’s good! That’s how you get the little number next to your name smaller and smaller.

But you also have to beat a few guys ahead of you, and this season, that’s not happening. Except once.

I promise I’m not trying to be a the-sky-is-falling type here, I’m just trying to answer the initial question of where the Panthers now right now as we speak. And it’s tough to get an entire team picture from a sport as individual as wrestling.

UNI has four duals left to show everyone, including themselves, that they are among the best that college wrestling has to offer. Duals against South Dakota State, Oklahoma State, and Missouri are all challenging duals, but two of those stand out as winnable, with the Oklahoma State dual being their biggest opportunity for upset-city.

Then the real test takes place: the Big 12 tournament and the NCAA Tournament.

But as they say, to be the best you have to beat the best.

Note: I used the Open Mat’s January 9th rankings for this article. Also I’d love to have your feedback. Disagree? Let me know! I’m @nic_ryder on Twitter, or comment below!

2 thoughts on “Where are they right now? Taking stock in UNI’s season so far.”