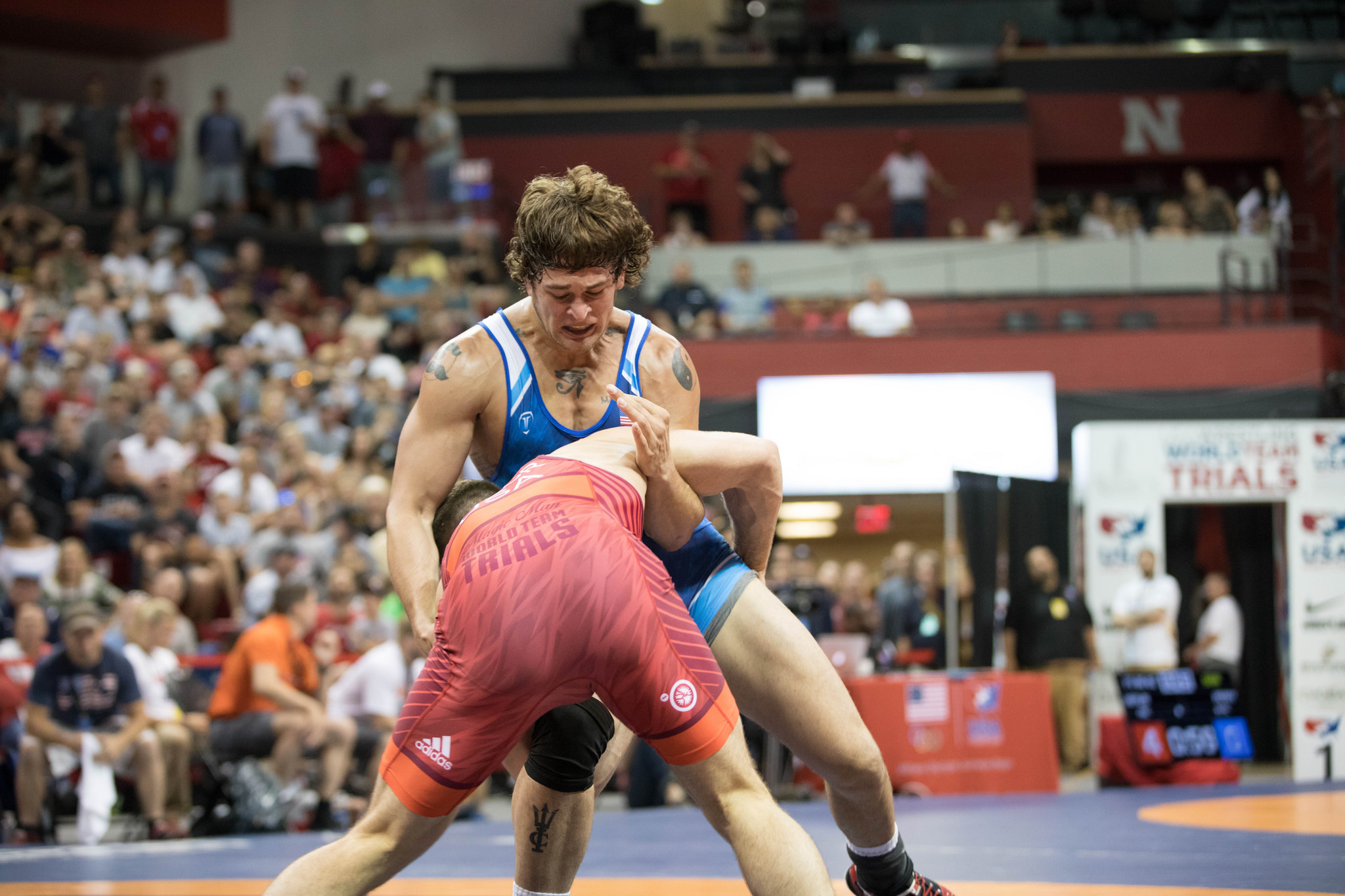 The wait may finally be over. Almost five months after we learned of Pat Downey’s decision to transfer to the University of Iowa the end may be nearing as the wrestler posted two photos on his social media account that would point to him being able to join the wrestling team.

On Friday night, Pat Downey tweeted the following message: “[Shout out] 2 all the haters, fakes, phonies, pretenders, & non believers cuz yall fuel my fire! & thank u 2 everyone who has supported me on my journey. so much adversity has been overcome to receive this letter & i am beyond blessed to begin this next chapter of my life! #GradSchool”

The tweet was accompanied with a picture of a University of Iowa letter dated January 11, 2018. The letter can be summarized as what looks to be Downey’s recommendation to be admitted to Iowa’s Master of Science program for the Spring 2018 semester. Iowa’s semester of classes will begin on Tuesday, January 16th.

Since his removal from the Iowa State program last February the long held believe has been the two major hurdles Downey would need to clear in order to compete for his third Division I program would be to finish his undergraduate degree at Iowa State and be admitted into graduate school at his landing spot. The University of Iowa letter appears to indicate that Downey is very close to meeting the second criteria, and the for the former the wrestler tweeted out a second photo with the following caption: “another degree in the bag! two down & two to go. thank you for this opportunity @IowaStateU #DrDowney“.

The second photo, with the Iowa State letterhead dated January 12, 2018 looks to be confirmation that Downey completed his bachelor requirements at Iowa State.

The possible addition of Downey started to ramp up last week when Iowa announced that they would be pulling the redshirt on Spencer Lee and putting him in the lineup at 125 pounds. The addition of Lee to the lineup gives the Hawkeyes another NCAA finals contender to go along with Brandon Sorensen and Michael Kemerer, who are both ranked second nationally.

However, even with Lee’s points factored in Iowa still trails current team favorites Penn State and Ohio State, which would mean the Hawkeyes would need a second impact wrestler to hit the lineup to put Iowa in contention. Chad Leistikow of the Des Moines Register speculated the same last week prior to the Michigan State dual:

“[The Hawkeyes] suddenly find themselves in the conversation for a top-four national finish.

And that’s not to mention the Pat Downey possibility. The plan is for the mercurial but ultra-talented 184-pounder to join the Hawkeyes as a graduate transfer, if he gets accepted. Downey could be in the Hawkeye lineup as soon as Jan. 14 against Oklahoma State. If he is in the fold … “ – Chad Leistikow, The Des Moines Register

Lastly, even the comments from head coach Tom Brands have appeared to indicate that we are in the final stages of seeing Downey added to the Iowa lineup. In his press conference following the Michigan State dual, Brands talked about the lineup coming together and that the addition of Lee was based primarily on the health and ability of Lee, but he also mentioned that “another piece” could come together for the lineup soon.

“You got another piece of the puzzle that could come together in the next, days” — Brands’s quote from the MSU presser

Brands declined to answer any follow up questions regarding the comment, but it was widely inferred that that piece was Downey.

The caveat is that Downey is not yet listed as a roster member for the Hawkeyes on the University of Iowa’s official website. This lines up as according to the social media posts, Downey only just received confirmation on the completion of his ISU degree, and the letter from Iowa was not an official admittance letter (which Iowa’s letter in Downey’s tweet indicates).

According to our own Tony Hager, sources indicate that Downey’s likely debut will be next weekend when the Hawkeyes head to Columbus to face Ohio State. That would pit Downey against former NCAA champion Myles Martin in what would instantly become one of the dual’s must see matches. We will bring you more as this story develops.