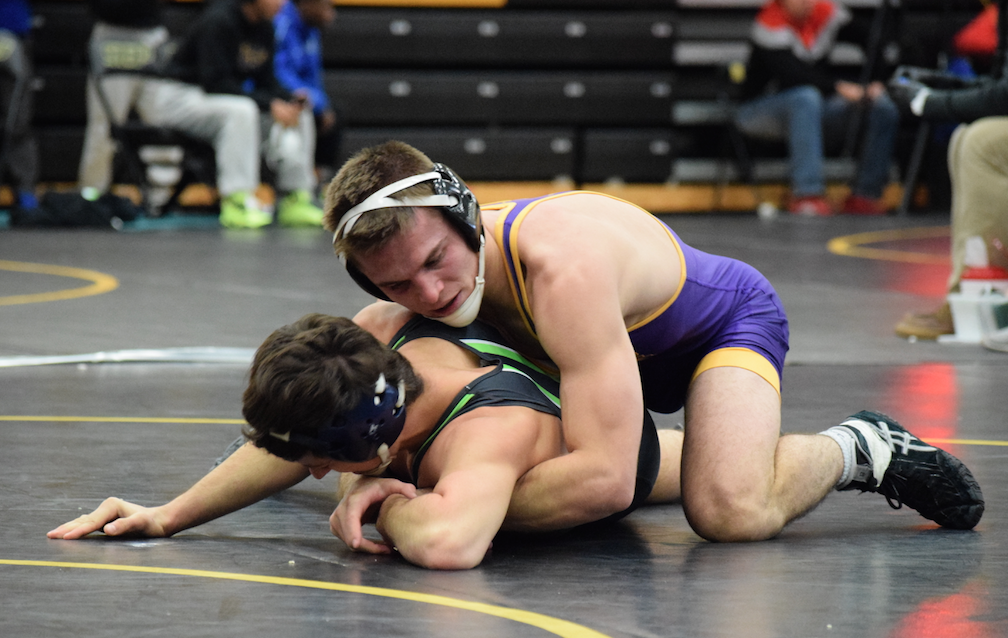 The Panthers are headed to the finals bracket in Virginia as they picked up their second dual victory in the Poquoson River Pool, this time over UT- Chattanooga.

Things got started just like they did in Northern Iowa’s first dual as Jay Schwarm picked up another first period fall for the Panthers to put them out front 6-0. That was the start of a five match run with UNI getting decisions from Jack Wagner at 133 and Josh Alber at 141 pounds. Adding bonus point wins in the first half of the dual were Max Thomsen and Logan Ryan, who both won by major decision.

Chattanooga managed just two wins against the Panthers, with the first coming against Isaiah Patton who got the call in this matchup. Chad Pyke came out on top of the meeting by major decision, 15-3.

Taylor Lujan responded for the Panthers with some more bonus, racking up a 16-4 major decision over Justin Lampe. At 184 pounds the #15 ranked Bryce Carr gave Drew Foster all he could handle, taking the All-American to overtime. With neither wrestler able to generate any offense from neutral the match went to Foster who managed to escape in the tiebreaker period for the 2-1 win.

The final Chattanooga win came at 197 pounds where #15 Scottie Boykin staved off Jacob Holschlag by a 8-7 final. Carter Isley won by forfeit to end the dual.

Look for our Virginia Duals Gold Bracket preview to come from Nic Ryder later on IAwrestle!