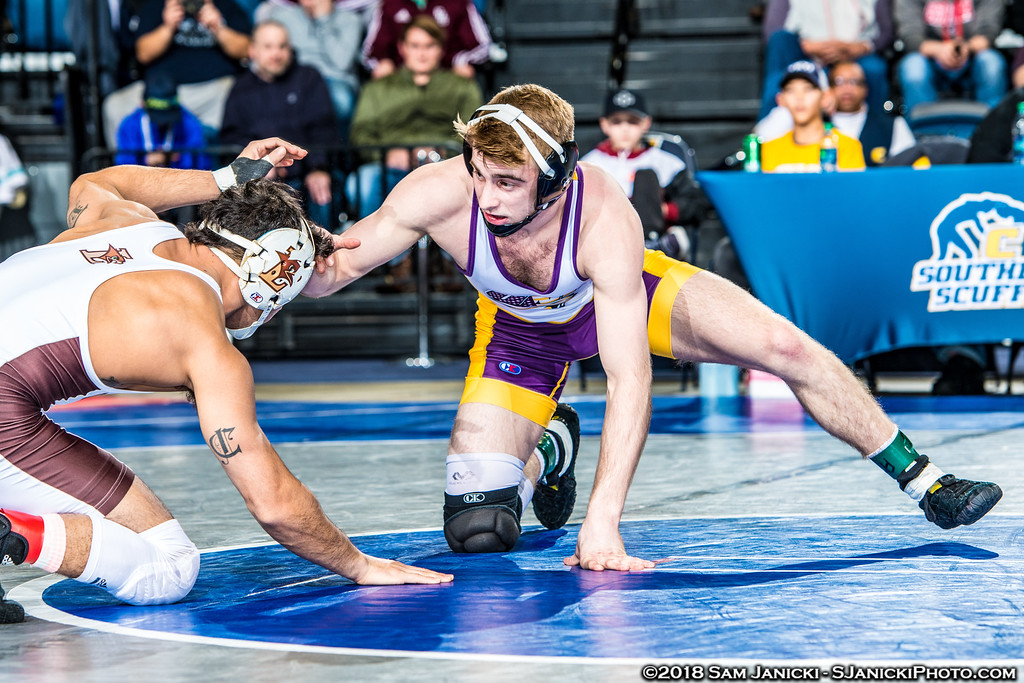 Northern Iowa opened their Virginia Duals action with a win over former MAC rival Kent State, 32-6 this morning. The Panthers’ effort was fueled in part by three bonus point victories.

Sophomore Jay Schwarm led the Panthers off with a first period fall over Jake Ferri to put the Panthers up big early. It would be a lead Northern Iowa would wind up never looking back on.

Kent State picked up their first win over UNI at 133 pounds where Anthony Tutolo downed Jack Wagner by the score of 13-9. UNI then proceeded to rattle off three straight victories started by junior Josh Alber’s 11-6 win over Tim Rooney at 141 pounds. Returning All-American Max Thomsen followed with the second Panther bonus victory racking up a 17-0 technical fall against Nicholas Monico. Logan Ryan closed the first half of the dual out with a tight 2-1 victory in the tiebreaks to give UNI a 17-3 lead in the dual.

Picking up the second Kent State victory was Isaac Bast who defeated Danny Kelly by a 9-5 decision at 165 pounds.

UNI put the dual on ice following back-to-back wins at 174 and 184 pounds. Taylor Lujan won a 3-0 decision over Dylan Barreiro and Drew Foster earned the third Panther bonus win with his first period fall. Jacob Holschlag followed with a 1-0 decision at 197 pounds against Kyle Conel and freshman Carter Isley was able to close things out with an 8-4 decision.

Up next will be the final dual of the Poquoson River Pool between UNI and Chattanooga starting at 12:00 Central.