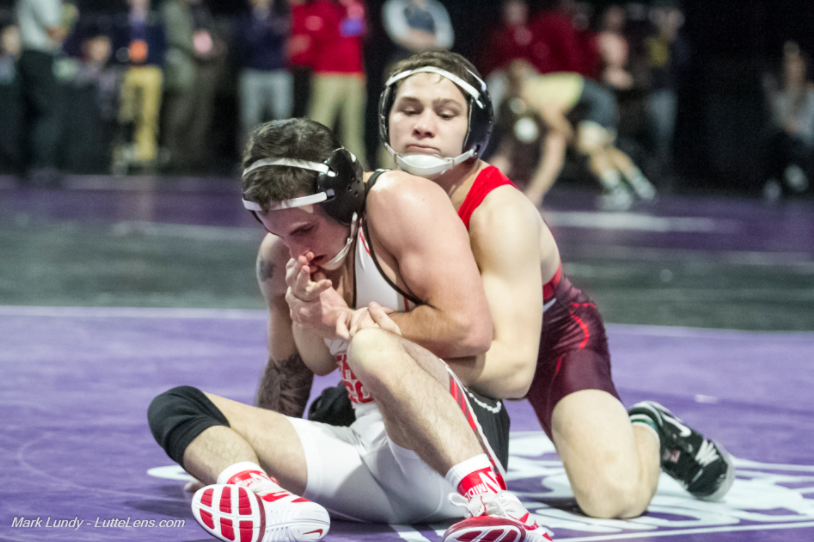 Fresh off of a dominant tournament victory at the 55th Annual Ken Kraft Midlands Championships, which included a record five Hawkeye champions, the Hawks look to jump back into the grind of the B1G dual season. They will be taking on Michigan State in their home venue. But the real buzz surrounding this dual meet is focused on the question that Hawkeye fans (as well as wrestling fans around the country) have been asking all season long: “Will Spencer Lee be coming out of redshirt this season?”. The answer to that question, much to Iowa fans glee, is a resounding yes!

Michigan State has only two ranked opponents in their starting lineup at the moment, with #15 Javier Gasca at 141 pounds, as well as #16 Drew Hughes at 174 pounds, though Hughes has not been competing as of late for the Spartans. Spencer Lee will face Rayvon Foley for MSU at 125 pounds, who has amassed a 18-3 record so far this season.

The 141 pound bout will be a great test for Carter Happel, who seemed to secure the starting spot at Midlands (at least, for the time being) with a sixth place finish. Happel has some wins over ranked foes including so far this season, and a win here would almost certainly propel him into the national rankings. Happel, along with Lee and Alex Marinelli will all be making their Carver-Hawkeye Arena debuts.

[Editors Note: While Alex Marinelli may be making his debut as a Hawkeye in Carver, this won’t be the first time fans have watched him go to work. Below is a highlight reel of Marinelli taking on Michigan State wrestler Drew Hughes in the first ever Night of Conflict.]

Another compelling storyline will be seeing the five Hawk Midlands Champs continue their undefeated seasons at 149 (Brandon Sorensen), 157 (Michael Kemerer), 165 (Marinelli), 197 (Cash Wilcke), and 285 (Sam Stoll). I can’t recall the last time the Hawks have had five guys undefeated at this point in the season, but it is something to be excited about and continue monitoring going forward.

If you are into computer projections, check out Wrestlestat dual comparisons, which has projected the Hawkeyes to topple the Spartans by a score of 36-3.

(Rankings are courtesy of FLOwrestling, last updated prior to Midlands, Dec. 20th)