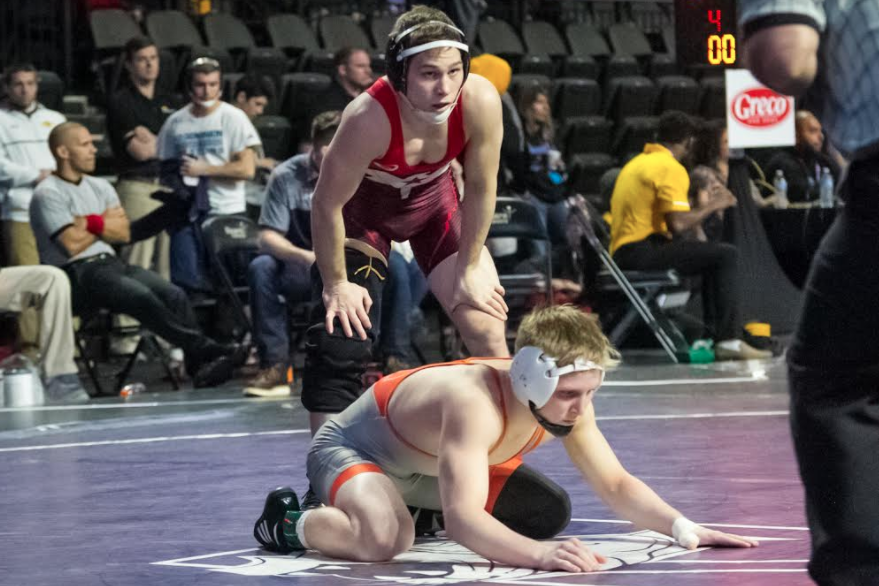 UPDATE: Since this article ran on Tuesday, the University of Iowa has since confirmed Lee will debut in Friday night’s dual against Michigan State. In an interview with Hawkeye Sports’ Darren Miller, Lee stated that his redshirt will be pulled as a mutual decision between himself and the coaching staff.

Of note Lee becomes the first true freshman, straight out of high school, to compete for head coach Tom Brands. Two other true freshmen have appeared in Brands’s lineup during his tenure, including Justin Stickley who was the 125 pound starter prior to Lee’s redshirt getting pulled. Stickley and former All-American Nathan Burak were true freshmen when the first competed in the Iowa singlet, though both deferred college enrollment by one year after gradating high school.

Lee’s first opponent in the Hawkeye singlet will also be a true freshman, Rayvon Foley, who has already amassed an 18-3 record in the first couple months of the season.

The original story from yesterday:

Incredible tease by the Hawkeye Wrestling Twitter account as this morning they put out the following picture of a sneak peak of their program for Friday’s dual against Michigan State.

Sneak Peek at Friday's dual program. Will you be there?https://t.co/VEI98pKYXq#Hawkeyes#FightForIowa pic.twitter.com/zsenhtjTkP

Your eyes are not deceiving you, the picture features true freshman Spencer Lee along side All-American Michael Kemerer. The most obvious conclusion to be drawn from the tweet is Tom Brands is in fact pulling Lee’s redshirt and we will see the Pennsylvania native take the mat as the 125 pound starter for the Hawkeyes when they take on the Spartans.

Of course nothing will be official until Friday night at 7:00 PM, but the timing of the tweet is also relevant. Tom Brands is scheduled to have his weekly meeting with the media on Wednesday, and if the head Hawkeye doesn’t address Lee in his opening statement it will surely be one of the first questions put forth by reporters.

If Lee does in fact get the call on Friday fellow true freshman Justin Stickley will move to the backup role at this weight.