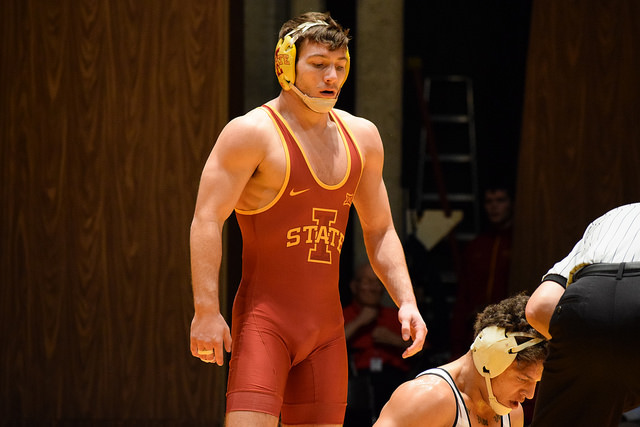 The Iowa State Cyclones return to their home mat this weekend as they will host a pair of duals when they welcome in Big 12 opponent Northern Colorado on Friday, followed by Oregon State on Sunday. The Cyclones are still in search of their fist dual victory under the new coaching staff and they will get their first crack against a Northern Colorado team that is coming off of competing at the Southern Scuffle, which wrapped competition on Tuesday in Chattanooga, Tennessee.

Looking toward the dual the main event will likely be at 133 pounds where the redhot Montoya will face off against freshman Ian Parker. At the Scuffle Montoya’s big win came over Lehigh’s Scott Parker, who came into the tournament the #2 ranked wrestler in the country. Parker enters this dual looking to get back on the winning track after losing three straight matches and four of his last five. After almost a month layoff we will see if a refreshed Parker is able to turn the page on what was a rocky ending to 2017.

The other big matches to look forward to will come in the upperweights where senior Dane Pestano will take on Dylan Gabel, who sports a 11-5 record at 184 pounds and Jacob Seely who is 14-5 at 197 pounds and will face freshman Sammy Colbray. In their only career meeting Gabel managed to pin Pestano two years ago, while Colbray has yet to face Seely.

Earlier we announced that junior Jon Marmolejo has decided to leave the program, which means sophomore Jakob Allison will assume the 125 pound starting role on a permanent basis going forward. Other lineup questions still loom at 165 and 174 pounds, where we have seen Dresser rotate several starters looking for someone to takeover the spot for good.

At 165 Dresser started with Logan Breitenbach and then switched to Colston DiBlasi for the team last two duals of 2017. This past weekend at the Midlands DiBlasi was back down at 157 pounds for the midseason tournament, where he went 1-2.

A trio of wrestlers have rotated through at 174 pounds, with Hank Swalla, Colin Strickland, and Luke Entzel all getting opportunities in the first half of the season. It is possible that JUCO transfer Danny Bush gets the call at least once this weekend after making his way down from 184 pounds. Bush competed at 174 at the UNI Open where he was the runner-up and the Midlands to close out 2017.

Sophomore Chase Straw has had a couple of impressive matches in his last two showings, downing Brown’s Justin Staudenmayer 9-8 out at Vegas, and last time out he won 4-3 over the top 20 ranked Archie Colgan of Wyoming. He’ll face senior Tyler Kinn this Friday, who enters with a 8-7 record on the year.

If you are into projections, Wrestle Stat has the dual going to Northern Colorado in a tight one, 17-16.