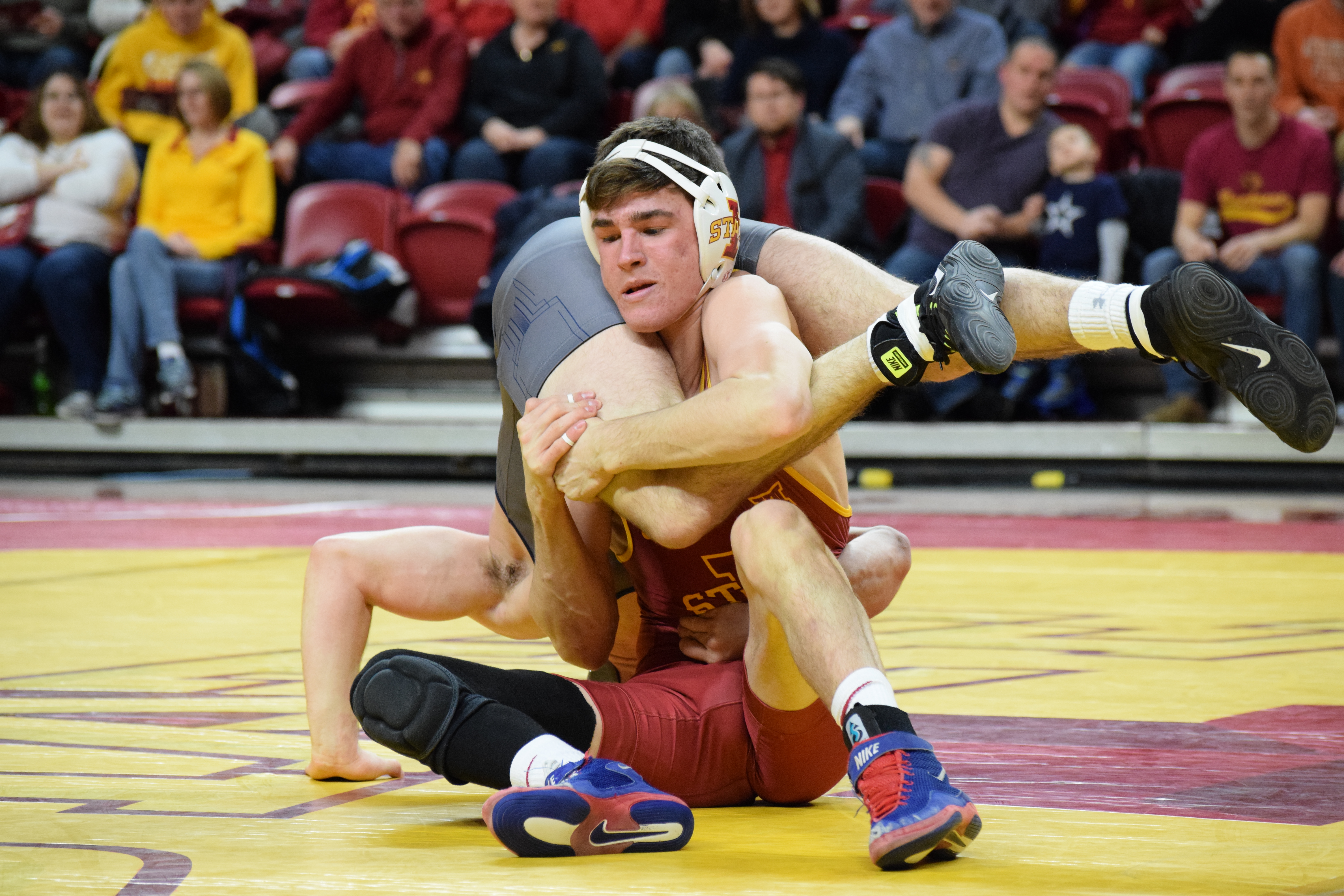 AMES, Iowa – The Iowa State wrestling team fell to Northern Colorado, 22-20 on Friday night. The Cyclones and Bears split the dual in head-to-head matches, 5-5, but UNC’s three bonus-point victories were the difference in the contest.

In the dual, the Cyclones picked up victories from redshirt freshmen Kanen Storr, Jarrett Degen and Sam Colbray, as well as redshirt sophomore Chase Straw and redshirt junior Marcus Harrington.

How It Happened
Harrington put the Cyclones out to an early lead. The redshirt junior used three takedowns to pick up a 9-4 victory over Robert Winters Jr. He also was a force on top, racking up 1:29 of riding time.

After dropping the 125-pound and 133-pound matches, Storr and Degen won back-to-back matches to put the Cyclones back on top. Storr won by 11-5 decision over Ben Polkowske. Degen collected seven takedowns in a 21-6 technical fall against Northern Colorado’s Jimmy Fate.

Iowa State held an 11-7 advantage at the intermission thanks in part to Degen’s bonus-point victory.

Following the break, Straw bolstered the Cyclone lead with a 6-2 decision, toppling Tyler Kinn by 6-2 decision. Straw scored two takedowns and rode for 2:13 in the victory. ISU led the dual by a 14-7 margin after the 157-pound bout.

Northern Colorado won the next three matches, including two by fall, to take control of the dual, 22-14. Colbray won the final bout by injury default, but it was not a factor in the final outcome of the contest.

Next Up
Iowa State wrestling returns to the mat on Sunday afternoon. The Cyclones are set to take on Oregon State in Hilton Coliseum at 2 p.m. The dual will be available through Cyclones.TV.