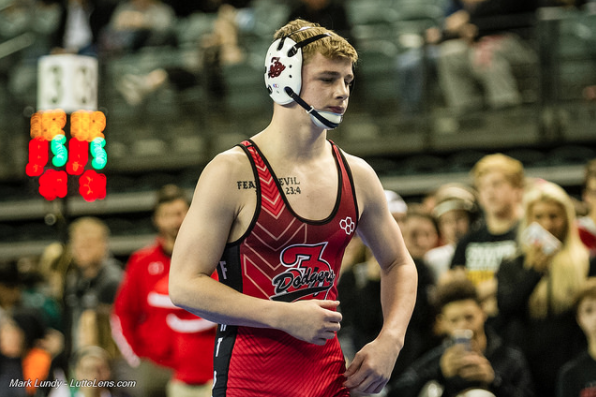 Earlier this week we officially announced that Team Iowa would be headed back to Pittsburgh, Pennsylvania to compete in the 44th Annual Pittsburgh Wrestling Classic Sunday, March 25, 2018. The event formerly known as the Dapper Dan is also referred to as “The Rose Bowl of Wrestling” and is also one of the most prestigious high school all-star wrestling meets in the United States because it attracts the best high school seniors in the country, Pennsylvania and another guest state all-star team in the two dual meet format.

The preliminary meet will pit the best wrestlers from Iowa against Western Pennsylvania, or WPIAL, at 3:00 PM followed by the feature match showcases the best-of the-best high school wrestlers from across the United States challenging the reigning Pennsylvania state champs at 5:00 PM.

So, with Iowa making their return for the first time in over three decades we at IAwrestle decided to take an early look at what that lineup may be come March.

Note this is a projection based off where wrestlers are competing now. It’s very possible, maybe even likely that some of these wrestlers could move weights by March.

As mentioned in the disclaimer this projection is based off where our state’s wrestlers are competing right now. Depending on how things shake out over the next few months these wrestlers could change weights for their state run or bump up for their summer circuit. The 2018 class features a lot of talent. It’s one of the main reasons the directors of the PWC invited Iowa back to their event. The lineup above was determined by using Intermat’s national rankings.

The biggest name absent from the above list is Underwood’s Alex Thomsen, who up until last week was the state’s #1 pound-for-pound wrestler. That’s relevant for two reasons, first being that looking at the schedule Thomsen could have the opportunity to get his revenge on Fort Dodge’s Brody Teske at the Cedar Rapids Jefferson tournament in January if the two are once again at the same weight. The other reason of note is even if Thomsen does level the series with Teske, he would be more ideally suited to bump up to 132 pounds and compete for Team Iowa at that weight. Right now he is left out since we are not factoring weight changes to make a fantasy lineup.

Williamsburg’s Grayson Kesterson and Waukee’s Kyle Biscoglia look to have the best resumes suited for 113 and 120 pounds respectively, and Teske-Thomsen have earned their spots at 126. The rest of the team will all be up for grabs with a lot of emphasis on February’s results at the state tournament.

For this list we picked returning state champions Matt Robertson (Davenport Assumption), Chance Throndson (Riceville), and Michael Blockus (New Hampton) to project the 132-145 spots. At 152 Valley-WDM’s Grant Stotts has a chance to become a four-time state finalist, and is considered a top 100 recruit in the class of 2018.

The next four weights Nelson Brands (Iowa City West), Ben Sarasin (Cedar Rapids Kennedy), Joel Shapiro (Valley-WDM), and Bryce Esmoil (West Liberty) are the clear leaders for their weight’s based on rankings. Francis Duggan (Iowa City West) is expected to return to the mat in January to make his state title run, which would make him eligible at 220 pounds. There will be plenty of debate at heavyweight, but Glenwood’s Caleb Sanders leads the way currently in the rankings. Atlantic’s John McConkey is also nationally ranked, and Webster City’s Cooper Lawson is another interesting name.