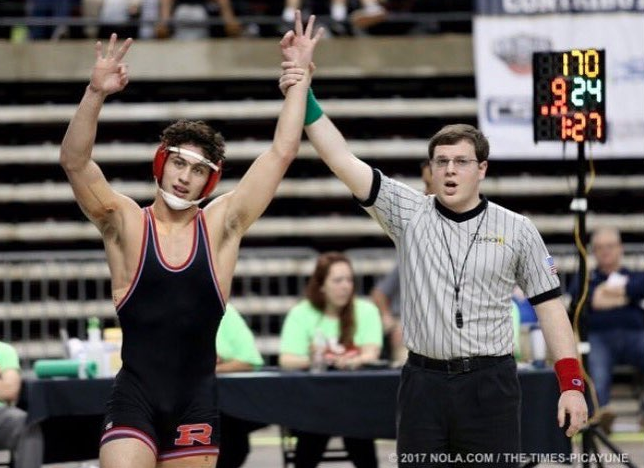 IAwrestle’s #1 available senior, Josh Ramirez has announced that he intends to wrestle for Tom Ryan and Ohio State University. The Dubuque Wahlert standout is a new addition to the state of Iowa after winning three state titles in the state of Louisiana. Earlier this fall Ramirez debuted at #10 in our Fab 50 rankings.

“When I got to campus I really like it there.” Ramirez told IAwrestle, “With everything they had to offer, I saw myself being great there.”

Last month we caught up with Ramirez who told IAwrestle he had narrowed his decision down to Nebraska and Ohio State, with plan to announce that decision after his visit to the Buckeyes. The below photo says it all regarding how the visit must have went.

Had a great visit at Ohio State today! #Buckeyes pic.twitter.com/V2HNj7yYD2

Right now Ramirez is the favorite to bring home the 2A state, edging West Liberty’s Joe Kelly for the top spot at 160 pounds.

“What I am looking forward to this season is a potential match between Nelson Brands and I. I look forward to winning my fourth state tittle.” (Could happen January 11th)

Projects at 165 or 174 pounds for the Buckeyes. Also was considering Nebraska. Prior to moving to the state of Iowa, Ramirez was committed to wrestle for Illinois University.