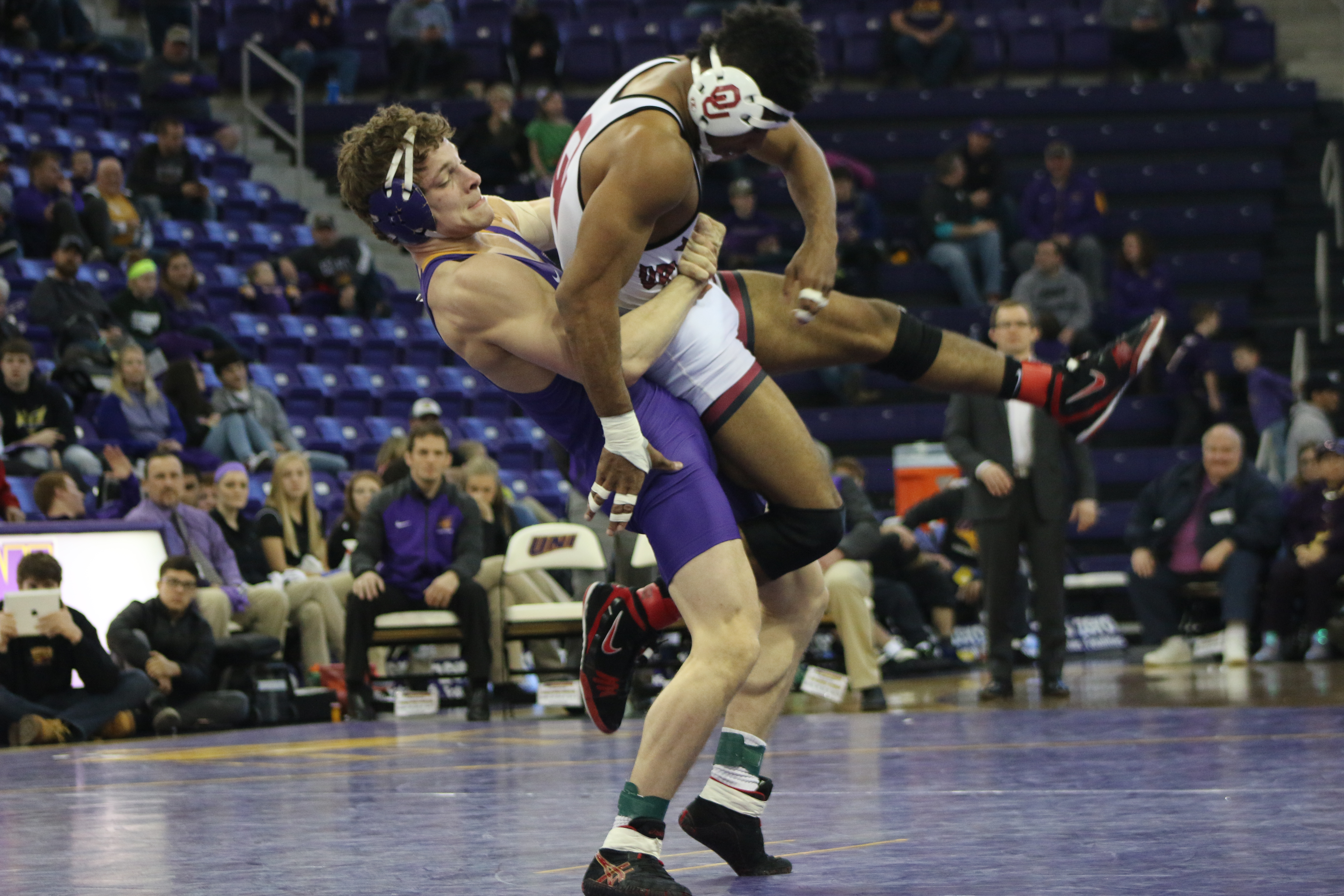 Lujan’s wins last weekend pushed him up to No. 6 in the nation at 174 pounds in Trackwrestling’s rankings. He had two wins in UNI’s dual openers. His weekend started with a 5-3 decision over Cornell’s then-ranked No. 6 All-American Brandon Womack, who took eighth at the 2017 Division I National Championships.

Lujan’s win in the Panthers’ home opener was critical to UNI’s 21-19 win over North Dakota State. He notched eight takedowns in his attack against Dylan Urbach before pinning him in 5 minutes, 59 seconds. It was Lujan’s third fall of the season.

Lujan is a business major from Carrollton, Georgia.

He is just the third wrestler to earn the honor this season: