Sammy Brooks Getting Ready for U23 World Championships 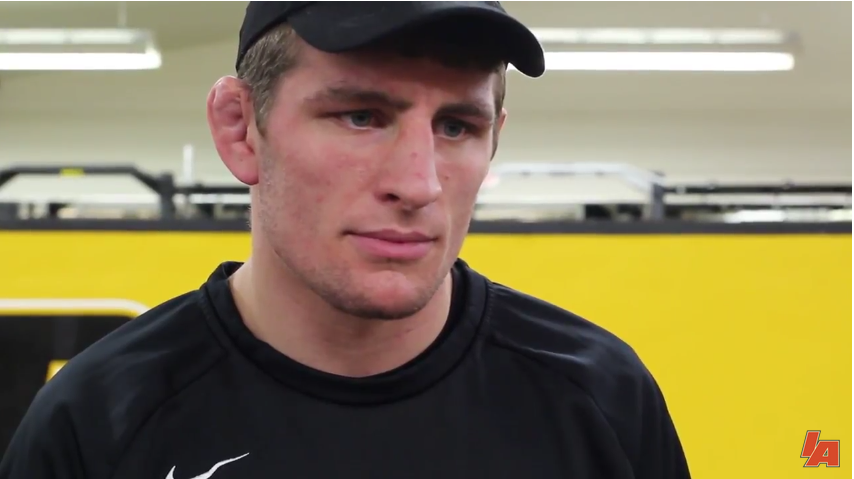 Earlier this summer Sammy Brooks made USA Wrestling history when he won the U23 World Team Trials at 86 kg in Rochester, Minnesota. It was historic in the fact that the division is in its first year of existence as the world governing body for wrestling, United World Wrestling made several adjustments to the sport.

The new U23 World Championships will provide new opportunities for many athletes across the world, but specifically to the U.S. it has the potential to give our country’s college wrestlers International experience as they transition from folkstyle the freestyle.

“That’s energy in our room, and then Sam Brooks is on the U-23 world team. That’s a UWW [event].That’s a new age group.” Tom Brands said during his preseason press conference last week in Iowa City, “That’s a big deal, Sam Brooks. And he’s going to Poland November 20th to wrestle on November 26th in a World Championship event. It’s going to be very competitive. And he’s getting ready.”

“Freestyle has always been something I have loved and it’s been a better style for me.” Brooks said on making the changes from college wrestling to International, “Being able to work on my schedule and figure out the days I need to be on the mat or off the mat and get myself to where I am feeling good would probably be one of the bigger adjustments.”

In addition to the Hawkeye Wrestling Club adding four of the five graduating starters from last year’s lineup, the club also made a splashy hire in the coaching ranks, adding alum Mark Perry to take over as the club’s coach. Perry was a four-time All-American for Iowa, including winning two NCAA titles. Prior to that Perry had spent the past five seasons as the University of Illinois’ Associate Head Coach.

Whether a direct correlation or happy coincidence, the HWC is currently experiencing one of, if not the, most successful years as a program in a decade. This year alone the club managed to put Thomas Gilman on the senior World Team, in addition to Brooks on the U23 team. Gilman won silver in Paris at 57 kg, which was the club’s first medal since 2006.

Brooks also commented on the mental toughness of the younger, newer wrestlers in the room and he had some very high praise for Jacob Warner.

“Jacob Warner has the heaviest hands in college wrestling. It feels like he is dropping anvils on your head when he clubs you.” Brooks said of the true freshman. “He can move really well for a big guy. He’s going to do really well. When he gets it locked up and sharp he is going to be good.”

Soon Brooks will depart for Poland with the rest of Team USA to compete at the U23 World Championships. Brooks will compete on Saturday, November 25th (schedule). This will be the third age level team Brooks has appeared on for the U.S. winning a bronze medal as a Cadet in 2011, and he brought home an eighth place finish on the Junior team in 2013. With Gilman winning silver earlier this summer, Brooks is working toward his own medal to match his teammate.

“I’ve lived with [Gilman] for five years so I can’t let the guy go kick a bunch of butt and have me play second fiddle. I have go to win some medals and do some stuff too so he’s not alone out there.”