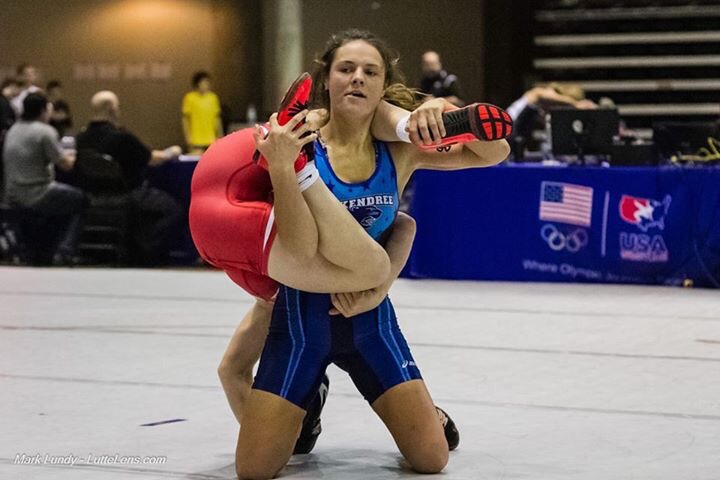 For the first time since 2004 the Panthers sent two men to the NWCA All-Star Classic. While UNI went 1-1 on the day, Megan Black put the state of Iowa above mount 500 on the day.

Drew Foster was the first match of the day up against North Carolina State’s Pete Renda, and he came out strong. He led 2-0 after the first period after re-attacking and grabbing an ankle for a takedown. Foster would gain riding time in the second, but gave up an escape and a takedown to go down 3-2 going to the third period.

Foster would take down to start the period but would not be able to get out. He was hit for stalling twice as Renda put in a figure-four on Foster’s leg for nearly the entire period. Renda won by a final score of 5-2.

Megan Black also competed at the All-Star Classic. She faced Shelby Hall from Campbellsville, and Black soundly defeated Hall. She took a 4-0 lead on a couple of nice takedowns and added another in the third to seal the 6-0 win.

Max Thomsen was the last wrestler to go for the state of Iowa and his match did not disappoint. After a scoreless first period he and Matt Kolodzik took a 2-2 tie into the third, where Kolodzik would score an escape point to go ahead 3-2. With about 20 seconds left Thomsen muscled his way into Kolodzik and was in on an inside single.

The two would scramble for the final seconds, nearly going out of bounds a couple of times but Thomsen knew exactly where he was on the mat and kept a foot in so he could continue to work to finish his shot, which eventually he did and earned the 4-3 win over the hometown Kolodzik.

All the Panthers are next in action November 17th at Cornell against the Big Red.

One thought on “Black, Thomsen Pick up NWCA All-Star Wins”