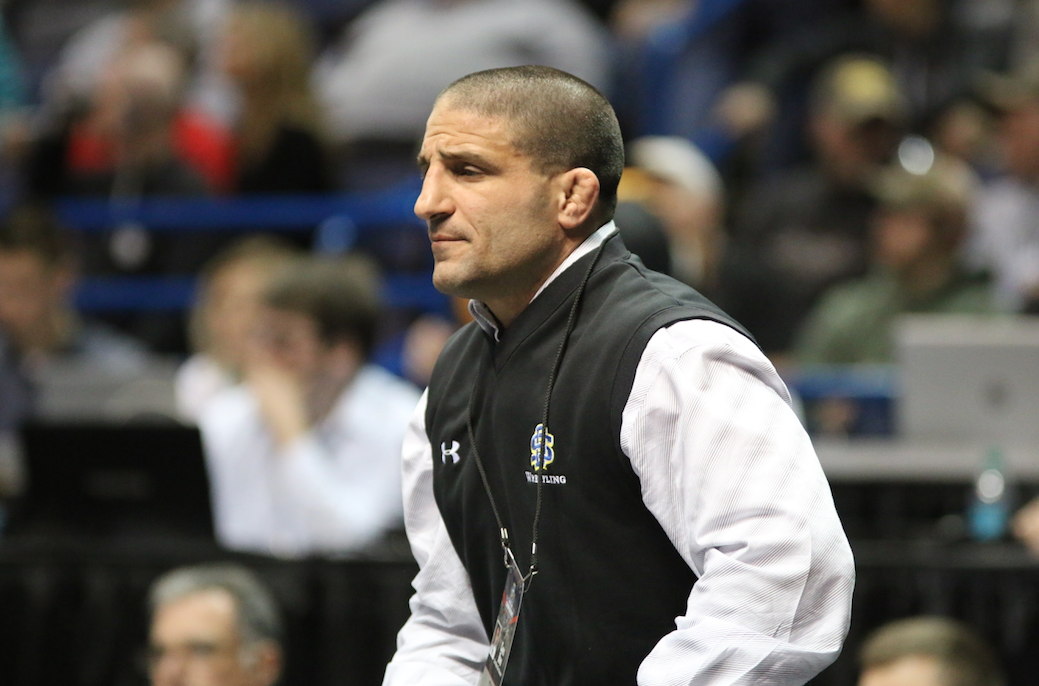 Located inside the National Wrestling Hall of Fame Dan Gable Museum in Waterloo, Iowa, the Glen Brand Hall of Fame was established in 2002 to honor those individuals who have made an impact on the sport on a national level, or who have done extraordinary work in the State of Iowa. The hall recognizes native-born Iowans, and those who achieved their fame while wrestling or coaching for an Iowa school.

A banquet honoring all inductees and award winners will be held at Five Sullivan Brothers Convention Center in Waterloo onSaturday, June 9. For more information contact the National Wrestling Hall of Fame Dan Gable Museum at (319) 233-0745 ordgmstaff@nwhof.org.

John Bowlsby was a three-time All-American and a two-time Big Ten champion at heavyweight for the University of Iowa. He placed third at the NCAA championships in 1975 and fifth in 1977 and 1978. Bowlsby was a member of the U.S. freestyle World championship team in 1974 at 220 pounds after his senior year of high school and made a second World team in 1977 at heavyweight. He was also a U.S. Greco-Roman national champion in 1978 and a state wrestling champion for Waterloo West High School in 1973 and 1974.

Kevin Dresser was an NCAA champion, two-time All-American, and two-time Big Ten champion for the University of Iowa with a career college record of 89-16-1. He placed fourth at the NCAA championships as a junior in 1985 before winning the 142-pound title in 1986. During his high school career at Humboldt High School in Humboldt, Iowa, Dresser posted a 112-11-1 career record and was a two-time state champion (1980 and 1981). He currently serves as the head wrestling coach at Iowa State after an 11-season stint with Virginia Tech where he led the team to a fourth-place finish at the NCAA tournament in 2016, which is the highest in program history.

Chris Bono was an NCAA champion, three-time All-American, and a two-time Big 12 champion for Iowa State with a career college record of 128-34. He placed fifth at the NCAA championships as a sophomore in 1995 before winning the 150-pound crown in 1996 and placing second in 1997. Bono was a member of U.S. freestyle World championships teams in 2001, 2002 and 2005 and was a four-time freestyle national champion. He was a three-time state wrestling champion for Bolles High School in Jacksonville, Florida, from 1990-92, and is currently the head wrestling coach at South Dakota State.

Tony Davis was an NCAA champion and a two-time finalist for Northern Iowa, and a two-time National Junior College Athletic Association national champion for Iowa Central. Davis placed second as a junior at the 1999 NCAA championships at 149 pounds before winning the title as a senior to become the first Division I national champion at Northern Iowa since 1963.  Davis finished his college career with a record of 111-10.

The Banach family is the fourth recipient of the Family Legacy Award. Fraternal twins Ed and Lou, and older brother Steve, all wrestled for the University of Iowa while Ed’s son, Riley, wrestled for the University of Northern Iowa. Ed and Lou combined for five individual NCAA championships and each won a gold medal at the 1984 Olympics while Steve was a United States Army Ranger who served multiple combat tours.

Brad Smith will receive the Bob Siddens High School Coaching Excellence Award. Smith began his career at Lisbon High School in Lisbon, Iowa, in 1978 and led his teams to seven traditional state championships (1980, 1982, 1983, 1986, 1988, 1989 and 1990) in 13 seasons. He became head coach at City High School in Iowa City, Iowa, in 1991 and led his teams to three traditional state championships (1992, 1999 and 2002) in 21 seasons. Smith returned to Lisbon in 2012 and is in his 39th season as a coach. In 2017, he won his 11th state team title, tying the Iowa record for most traditional state team wrestling championships held by Siddens. He has coached four four-time state wrestling champions, which is more than any other coach in Iowa history.

Charlotte Bailey and Keith Massey will receive the Russ Smith Community Impact Award, which is presented to individuals who demonstrate exceptional local impact on wrestling in Iowa.

For the past 10 years, Bailey has advanced female wresting in Iowa after previously coaching youth wrestling and gymnastics. She founded Female Elite Wrestling in 2012 and began organized practices and tournaments in 2015. FEW is Iowa’s only USA Wrestling chartered club dedicated to female wrestlers, and it has produced national individual champions and dual team championships. Bailey also serves as the women’s director for Iowa USA Wrestling while continuing to work toward sanctioned high school wrestling for females in Iowa.

Massey is the impetus that turned western Iowa into a wrestling powerhouse. Through his youth wrestling club and as head coach of Lewis Central High School in Council Bluffs, Iowa, he has coached numerous state wrestling champions and college All-Americans. He led Lewis Central to traditional and dual state team titles in 2000 and 2001, and his 2001 team had an Iowa record six individual state champions. Two of his athletes, Trent and Travis Paulson, were state champions, All-Americans at Iowa State, members of U.S. freestyle World teams and inductees of the Glen Brand Hall of Fame in 2017. He started his career with the C.B. Panther Wrestling Club in 1989 and helped merge the club with High Voltage Wrestling Club to form Powerhouse Wrestling Club in 2015.