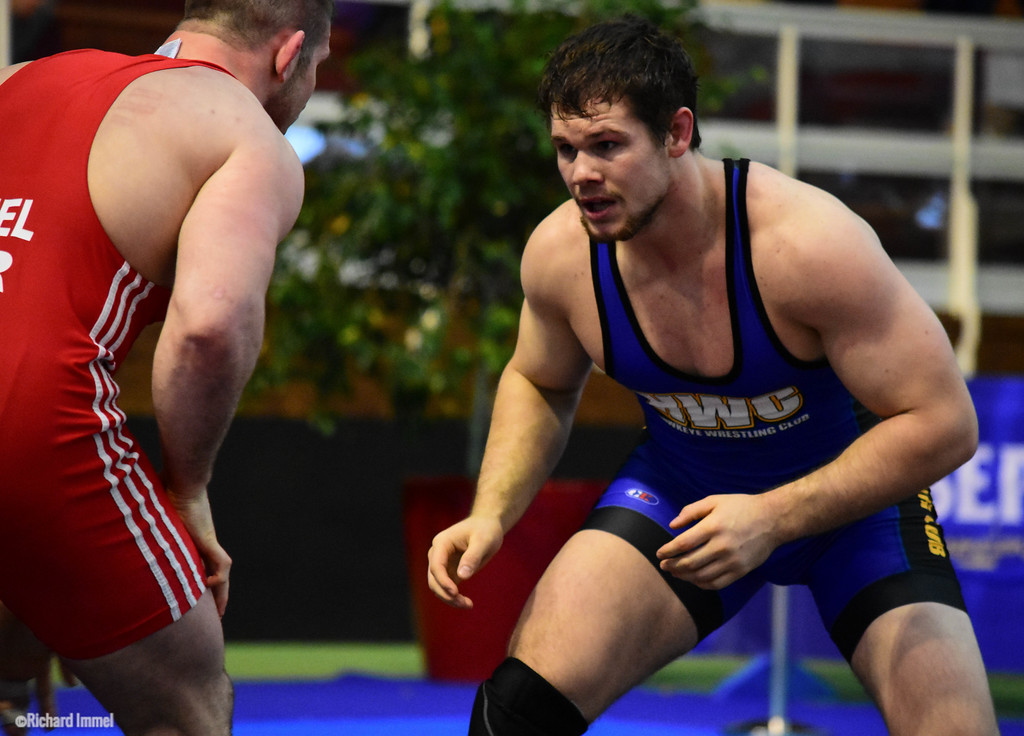 The Hawkeye Wrestling Club will be sending six wrestlers to next week’s Dave Schultz Memorial International, which is celebrating its 20th year. The tournament will host all three style of Senior level competition with the HWC sending five Men’s freestyle wrestlers, and one Women’s freestyle wrestler. Greco-Roman will kick the competition off on Wednesday, November 1st, with the tournament ending on Friday, November 3rd.

Changes for the Schultz include the new 10 UWW weight categories for each style. This will also be the first time our Senior level wrestlers will undergo the new UWW two-day event format which requires day of weigh ins. In years past, the highest placing American at every weight typically advances to US World Team Trials.

On the Men’s freestyle side the HWC will be sending two former Hawkeye All-Americans in Nathan Burak and Bobby Telford, who will compete at 92 kg and 125 kg respectively. For Burak this will mark his first competition at 92 kg, which is one of the new weights UWW implemented for this year’s World Championships. The weight moves Burak down to 202 pounds, which is much closer to where he competed during his time at Iowa, where he was a three-time All-American at 197 pounds.

Among the early entrants listed for the Dave Schultz, Burak looks to be one of the front runners at 92 kg coming off a pair of solid performances against domestic competition in 2017. At the US Open in April Burak brought home bronze with his only loss coming to eventual champion Kyven Gadson. Later that summer Burak placed fourth at the World Team Trials in Lincoln, Nebraska. Other top competitors who registered early include Japan’s Takeshi Yamaguchi, who won bronze at the Asian Continental championships in 2015, and Valley RTC’s Nikko Reyes, who Burak defeated for third at the US Open.

At 125 kg Bobby Telford will look to continue his climb of the Senior ladder after finishing fourth at the 2017 US Open and World Team Trials. The top domestic contender will be former Cyclone Wrestling Club member Dom Bradley, who beat Telford for third at the US Open and was runner-up for the World Team spot last summer. Other US Open medalists include Justin Grant and Ben Durbin. On the international side Kazakhstan’s Oleg Boltin also figures to be tough competition. Boltin was a bronze medalist at this past year’s Alexander Medved International.

Additionally, the HWC will be sending Chris and Nick Dardanes to the Dave Schultz who will compete at 61 and 65 kg respectively. Both wrestlers are coming off top five finishes at this past year’s World Team Trials, and both were medalists at last year’s US Open. The 61 kg field will feature plenty of domestic competition for Chris, chief among them is two-time World Team member and Iowa grad Tony Ramos, who is moving up from 57 kg. US Open runner-up Nahshon Garrett is also moving up from 57 kg. Additional US Open medalists include former UNI standout Joe Colon and Cody Brewer.

Top domestic contenders at 65 kg include Josh Kindig and BJ Futrell, both moving up from 61 kg, US Open medalist Evan Henderson, and former Hawkeye Montell Marion.

Lastly for the Men’s side will be Pat Downey, who will compete at 86 kg. It should be noted that Downey is not a Hawkeye Wrestling Club member, but he does currently train in Iowa City with the club. Downey is currently working toward his degree from Iowa State with the goal to enroll at the University of Iowa and become eligible as a second semester athlete for the Hawkeyes. The biggest name at Downey’s weight looks to be US Open runner-up Richard Perry.

The HWC will also send one of their Women’s freestyle wrestlers, Lauren Louive who will compete at 59 kg. Earlier this year Louive brought home a fourth place finish at the US Open competing at the old weight of 58 kg.

(All competing weights will wrestle to completion)