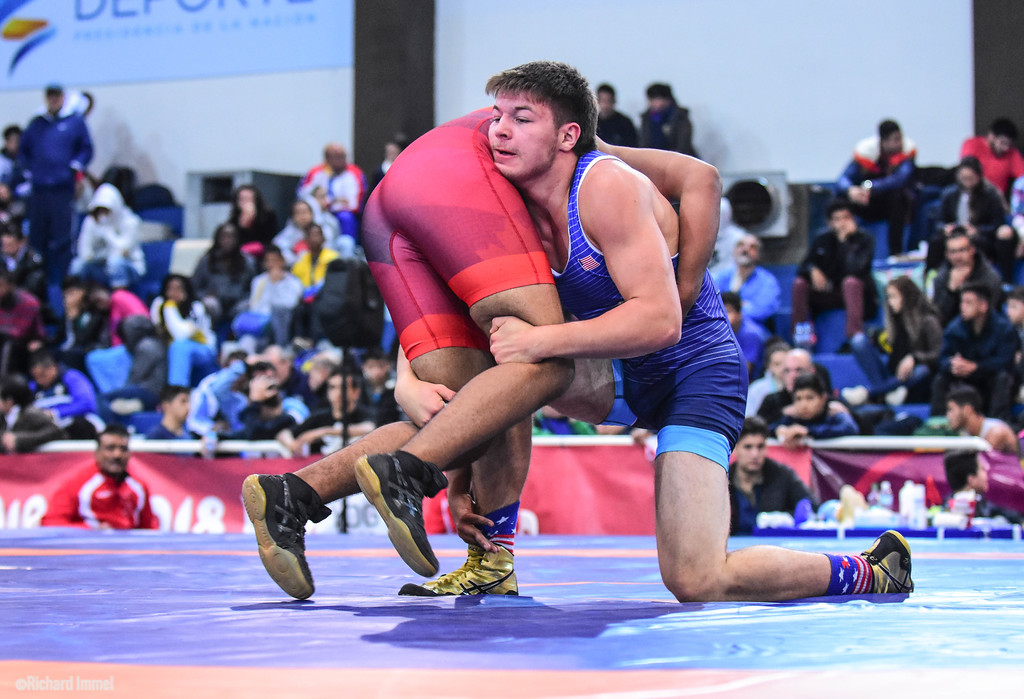 It’s hard to imagine a high school wrestler who is a two-time Fargo All-American, two-time UWW Cadet All-American, Pan American Games Gold medalist, and Junior World team member being under the radar. However, that seems to be the case for Hunter DeJong of Sibley-Ocheyedan. This is mostly due to not having the folkstyle results he would like at the Iowa state tournament. After not placing at the state tournament as a freshman or sophomore he was able to reach the podium during his junior season placing fourth in class 1A at 195 pounds.

Now, as he prepares for his senior season, DeJong is betting on himself. While many seniors are committing to colleges before the season Hunter has decided to take his time and wait until the spring signing period.

“I have decided to wait to commit,” he told IAwrestle, “I think that having a state title under my belt would boost my stock more for colleges looking at me.” DeJong is sure to be one of the favorites heading into this season and making that jump in folkstyle could definitely help prove that he is ready to take that next step to the collegiate level.

As of right now DeJong said that he is looking at Iowa State, South Dakota State, Grand View, and Nebraska-Kearney, but is open to other schools.