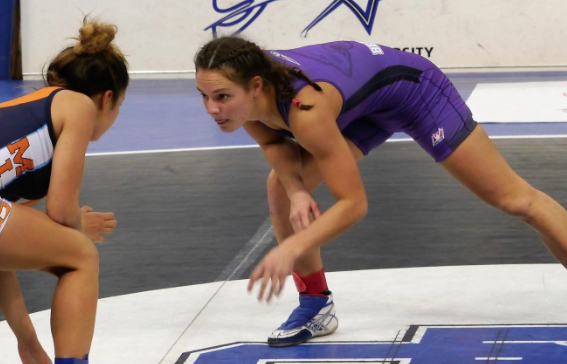 At 130, McKendree’s Megan Black, a native of Batavia, Iowa, will become the second McKendree wrestler to compete, joining teammate Brandy Lowe (170 pounds). A three-time WCWA All-American, Black has twice been a runner-up at the national championships. She finished seventh as a freshman competing for King University.

Black was the first girl in Iowa high school state wrestling history to place at the state wrestling tournament when she finished eighth in 2012 at 106 pounds. She recently won the UWW U23 World Team Trials in Rochester, Minnesota.

Hall, a native of Doylestown, Ohio, is also a three-time WCWA All-American, finishing eighth, third and fourth in her three trips to the tournament. A 2016 Olympic Trials participant, Hall is looking to exact a little revenge as Black eliminated Hall from championship contention at the 2017 WCWA nationals with a 31-second fall in the semifinals.