HWC’s Ragan to compete at Beat the Streets – LA 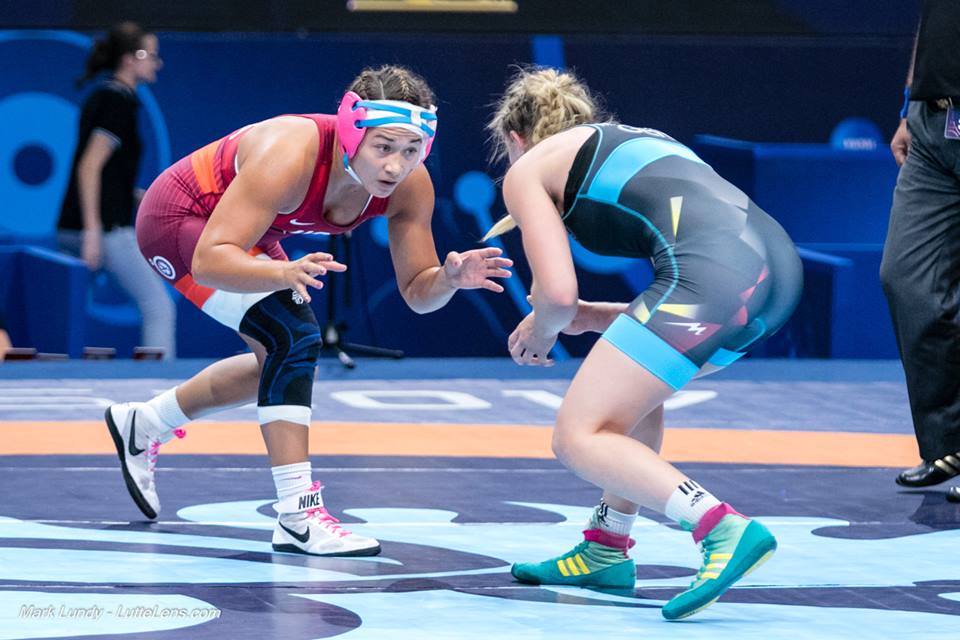 LOS ANGELES – The U.S. roster has been finalized for a historic women’s freestyle dual meet against Japan at the Beat the Streets Los Angeles 4th Annual Benefit to be held in “Little Tokyo” on October 29.

All 10 of the U.S. participants have qualified for a World Team at either the Senior, Junior or Cadet level. Seven of the 10 own at least one medal from a World Championships event spanning the different age levels.

Olympic champion and two-time World champion Helen Maroulis was set to headline the event, but has been replaced in the lineup by U23 World Team member and 2016 Junior World bronze medalist Kayla Miracle. Maroulis will still attend the event and be available for a meet-and-greet with fans.

Three-time World champion Adeline Gray will spearhead the U.S. effort against Japan in her return to active competition. It will be Gray’s first appearance in nearly one year.

Gray and 59 kg/130 lbs. representative Alli Ragan have both earned multiple medals at the Senior World Championships. Ragan has been on the cusp of a World title the past two seasons, finishing with silver in 2016 and 2017.

Five past U.S. World Team members, Victoria Anthony (50 kg/110 lbs.), Sarah Hildebrandt (53 kg/116 lbs.), Mallory Velte (62 kg/136 lbs.), Tamyra Mensah (68 kg/150 lbs.) and Victoria Francis (76 kg/167 lbs.), are slated to participate at the event. All five have competed at the Senior World Championships in the past two years, with all but Hildebrandt being members of the 2017 World Team that posted a second-place team finish in Paris, France.

Two up-and-coming talents have been pegged to round out the U.S. roster. 2017 Junior World champion Maya Nelson slots in at 65 kg/143 lbs., and 2016 Cadet World bronze medalist Gracie Figueroa will compete at 55 kg/121 lbs.

The friendly exhibition will feature 10 bouts between the top two women’s wrestling programs in the world. The newly established weight categories, as announced last month by United World Wrestling, will be utilized for the competition.

All proceeds of the 4th Annual Benefit Weekend will be directed to BTSLA’s programming efforts. The nonprofit’s signature program features wrestling events alongside leadership-building activities and personal mentoring in 24 schools and neighborhood training centers. In addition, BTSLA operates a summer Futures Camp and Downtown Los Angeles Wrestling Academy. Over 650 boys and girls annually benefit from these offerings.

For more information or to purchase tickets, please visit www.btsla.org.

About USA Wrestling
USA Wrestling is the National Governing Body for the Sport of Wrestling in the United States and, as such, is its representative to the United States Olympic Committee and United World Wrestling, the international wrestling federation. Simply, USA Wrestling is the central organization that coordinates amateur wrestling programs in the nation and works to create interest and participation in these programs. It has over 220,000 members across the nation, boys and girls, men and women of all ages, representing all levels of the sport. Its president is Bruce Baumgartner, and its Executive Director is Rich Bender. More information can be found at TheMat.com