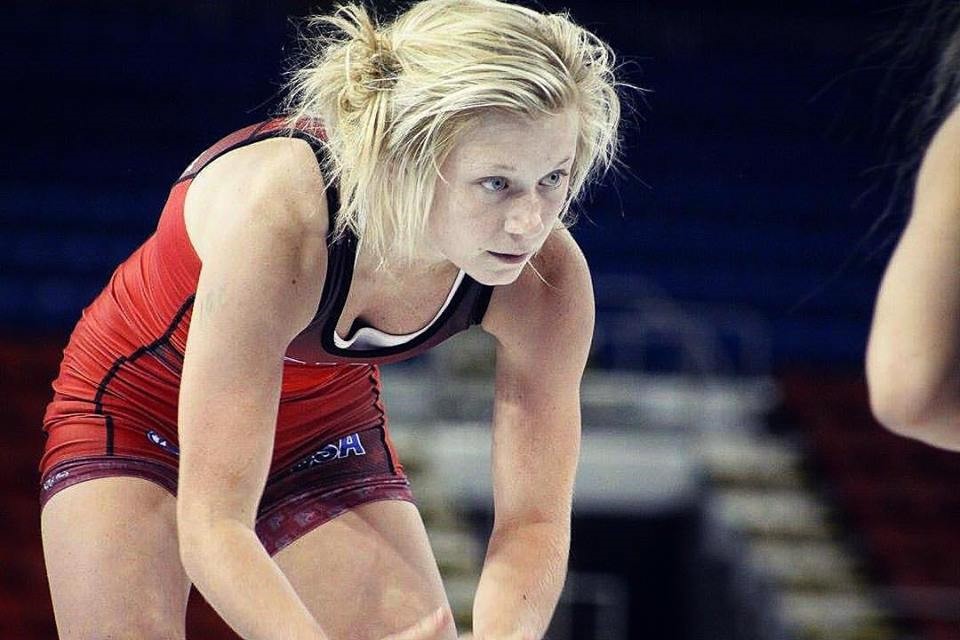 Between Fargo, the UWW Junior Worlds, and the World University Games (Judo) it has been a busy summer for Iowa’s female wrestlers. We have put together a quick, end-of-summer wrap up for you to get caught up before we move into the U23s and the new wrestling season begins.

Juniors: Team Iowa brought home some hardware again this year in Felicity Taylor’s hard fought, 5th place, All-American finish at 106 pounds. Taylor’s only losses were in the quarterfinals to 2016 National Champion and current UWW Junior World Team member, Mckayla Campbell of Ohio and a close 12-14 loss to Katlyn Pizzo of Michigan in the consolation semi-finals. Pizzo went on to a 13-2 tech fall win in the consolation finals to take 3rd place in the tournament.

127 – JoLynn Harris of Des Moines Lincoln went 2-2 in her Fargo debut picking up wins over Megan Struble of Wisconsin (11-2) and Billie Anderson of Idaho (6-6).

152 – Amela Huskic of Des Moines Roosevelt went 0-2 in her first trip to Fargo for Team Iowa.

152 – Dominique Mosier of Clear Creek-Amana moved up to 152 from her 144 cadet weight and went 0-2 for the tournament in her second year for Team Iowa.

Cadets: This year’s young cadet team for Iowa did not place any All-Americans in their trip to the FargoDome, but gained some well-earned experience to build their wrestling skill set.

100 – Emma Cochran of Moravia went 1-2 in her first trip to the tournament. Cochran notched an exciting 14-12 win over Audrie Lee of Virginia.

106 – Alaina Sunlin of Monticello went 0-2 in her debut Fargo tournament for Team Iowa.

112 – Tateum Park of Davenport North had a solid Fargo debut with a 3-2 finish. Park won two decisions over Gianna Farrington of Wisconsin (5-4) and Tatum Pine of Nevada (4-2) before picking up a strong 12-2 tech fall over Melanie Mendoza of California.

144 – Dominique Mosier of Clear Creek-Amana went 0-2 in her second trip to Fargo for the team.

Rachel Watters a 155 pound All-American from Oklahoma City University and current Junior World Team Member at 72 kg (158.75 lbs.) wrestled to a 10th place finish last month in the World Championships in Tampere, Finland. She began her tournament with a 3-2 decision over 2014 Cadet World Silver Medalist, Natalia Iwona Strzalka of Poland. Watters trailed 1-2 in the second period until forcing exposure in the final seconds of the match for an exciting win.

In her second match, Watters faced Hui-Tsu Chang of Taipei. Watters again trailed 2-4 in the second period before scoring a takedown in the final seconds to end with a 4-4 decision. However, the challenge block was thrown and under review, the final takedown was reversed, giving Chang the 4-2 win. Chang went on to earn a bronze medal in the tournament.

Watters along with fellow Iowans, Megan Black of McKendree University, Anna Poyner of Missouri Valley College, and Jasmine Bailey of McKendree University are registered to compete for another opportunity to represent the USA in the upcoming USA Wrestling U23 World Team Trials October 6th– 8th in Rochester, Minnesota. Look for our preview on that event coming soon!

Kendra Kehrli a recent graduate of Iowa State University competed for the US World University Judo Team in the 78 kg (172 lbs.) division at the World University Games in Taipei. Kehrli was defeated in her first match by Katerin Marin Florez of Colombia and was not pulled back into competition through repechage, ending her 78 kg tournament run.

Kehrli also competed in the Open division where she faced Japan’s Akari Inoue in her first round match. Kehrli lost the match to Inoue but was pulled back into the competition when Inoue advanced to the final round. Kehrli then faced Vasylyna-Iryna Kyrychenko of Ukraine. Kyrychenko scored an Ippon at 1:20 to end the match and tournament for Kehrli.

Kehrli, who graduated from East Buchanan High School prior to attending Iowa State University, where she was an active member of the Iowa State Wrestling Club, will be joining the Ottawa University women’s wrestling team this fall as a graduate student and student athlete.

As women’s wrestling continues to grow, there is an increasing number of Iowa girls receiving opportunities to continue the sport at the collegiate level. Over the summer the following Iowans committed to college wrestling programs for the 2017-2018 season:

Mark your calendars to join the Waldorf Women’s Wrestling Team for their Youth Connection event on Sunday, October 22nd. The Waldorf Wrestlers and coaches will be interacting with wrestlers from across Iowa from 1-3 pm. To RSVP, email: tyreece.gilder@waldorf.edu

Be sure to watch for our U23, High School and College wrestling previews in the coming weeks!!