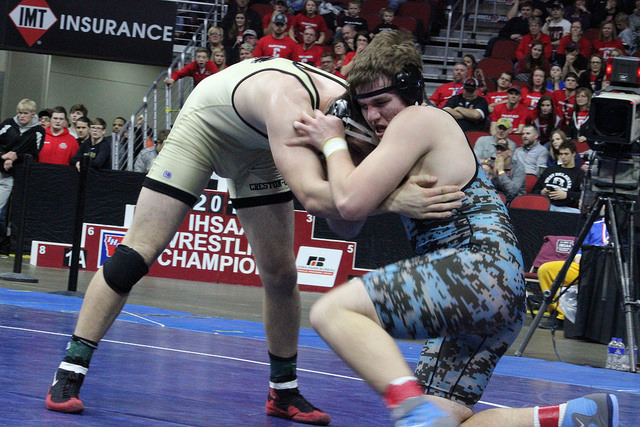 Jordan Baumler of North Fayette Valley has been a fast riser on the state scene in Iowa. After posting a .500 record his Freshman year and not qualifying for state he was able to punch his ticket to Des Moines as a Sophomore but was unable to make the podium. Baumler then made a huge jump during his Junior campaign and came out on top of a good 220 bracket to earn his first state championship. He also made his debut on the IAwrestle Fab50 this summer coming in at #41 on the list.

Tonight Baumler decided to end the recruiting process and committed to wrestle D2 for the Upper Iowa Peacocks and coach Heath Grimm. Baumler was also considering D3 schools Simpson, Coe, and Wartburg. However, in the end Upper Iowa was the right choice for Baumler. He told IAwrestle that “My visit in August went really well and Coach Grimm was really welcoming and wanted me on board. Also my brother Nick is wrestling there and Fayette is only a short 10 minute drive for me so it really feels like home.” Baumler plans to wrestle 220 again this season before moving up to heavyweight in college.