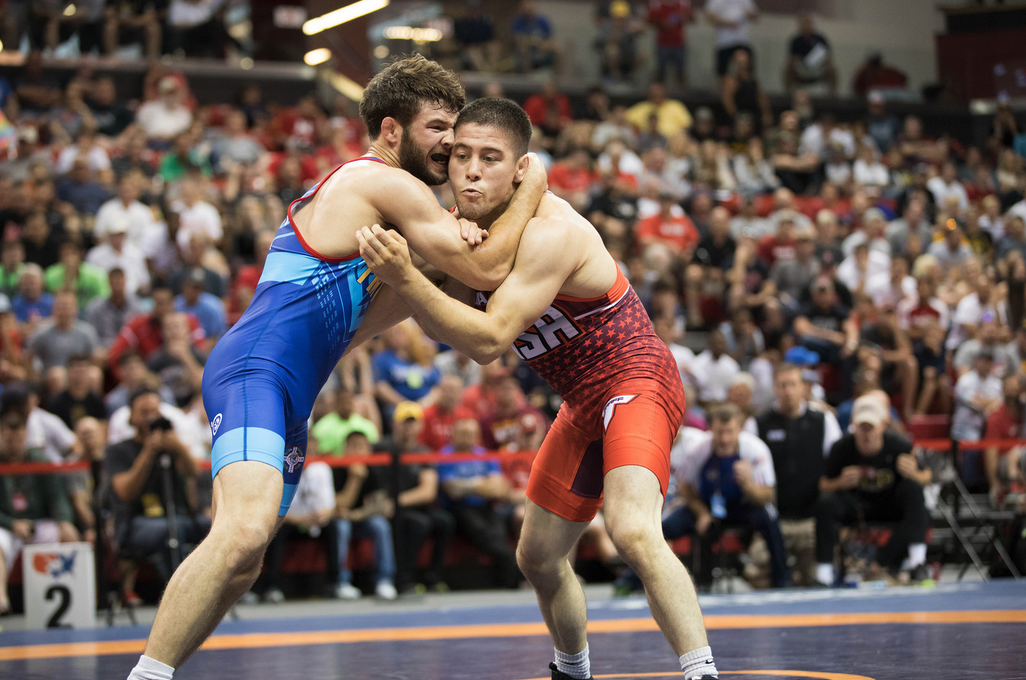 University of Iowa All-American and United States World Team member Thomas Gilman has received his draw for the 2017 World Championships in Paris, France. Gilman will face Ukraine’s Andrey Yatsenko, whom is currently ranked 10th at 57kg in the first round. Yatsenko’s most recent success was at the 2016 European Wrestling Championships where he picked up a bronze medal. Yatsenko has had little success at the junior level but was a two-time cadet world champion.

Gilman would likely face Iran’s replacement in round two, Reza Atrinagharchi, due to 2013 world champ Rahimi having to sit out competition due to injury. Atrinagharchi was third at the 2017 Asian Championships.

This will be Gilman’s first Senior World Championships but he has plenty of international experience being part of two Junior World Teams and one Cadet World Team. He won a bronze medal at the 2014 Junior Worlds and recently won gold at the Grand Prix of Spain.

Gilman will compete at 3 a.m. (CT) and fans can watach live and archived video by purchasing single World Championship pay-per-views for a price of $9.99 per tournament by visiting trackwrestling.com. NBCSN will air 6.5 hours of tape-delayed coverage but will televise live medal-round action from 12-2:30 p.m. each day of the tournament. Click here for an Olympic Channel: Home of Team USA channel finder.

The United States national team has been represented by a Hawkeye wrestler at 57 kg in each of the last four years:

One thought on “Thomas Gilman Receives Draw at World Championships”