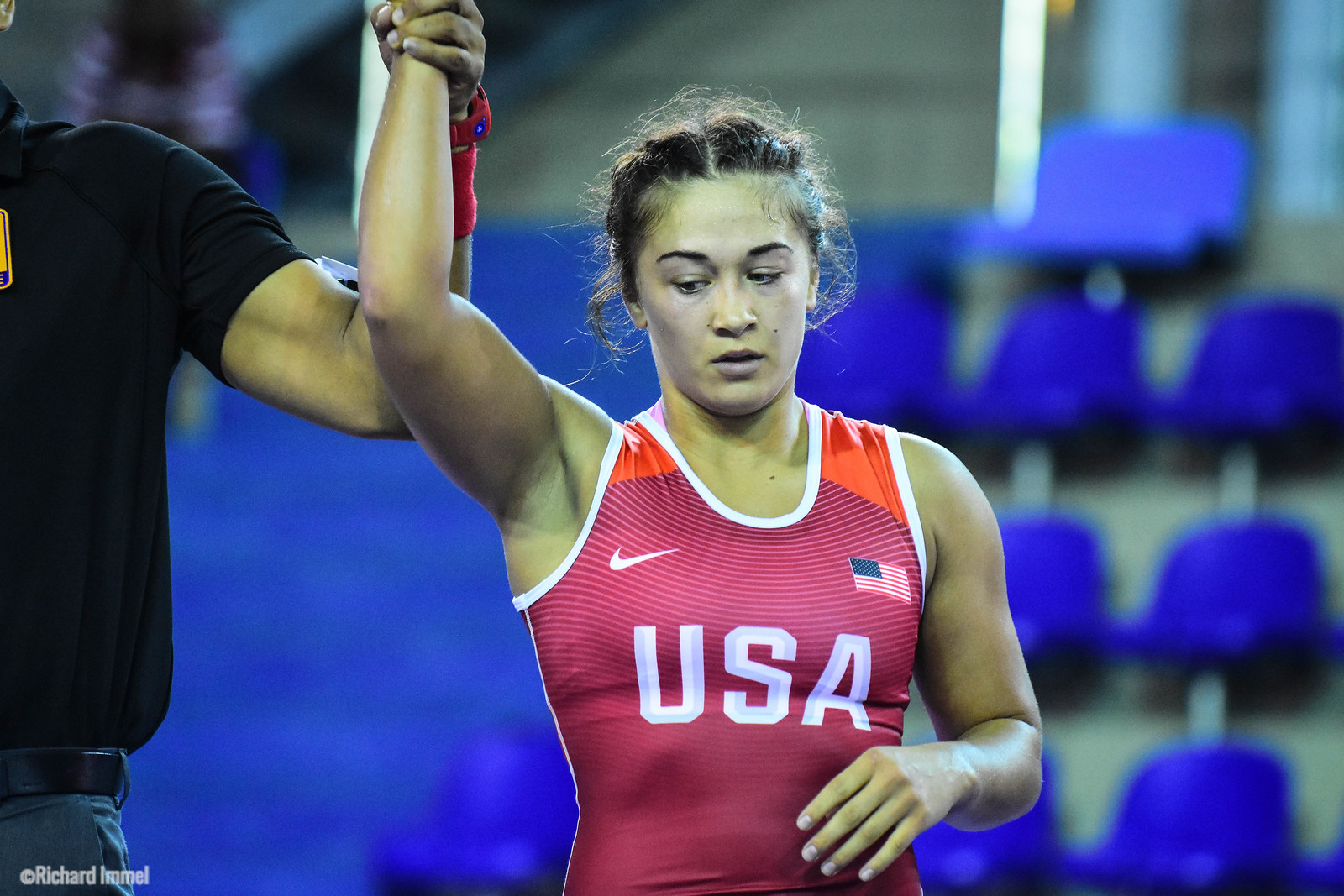 By Richard Immel – USA Wrestling
PARIS – Four U.S athletes have weighed in and received their draws for the second day of women’s freestyle action at the 2017 World Championships being held at AccorHotels Arena in Paris, France.

Currently ranked No. 3 in the UWW World Rankings at 60 kg/132 lbs., Ragan will kick off her fifth World Championships as the No. 1 seed against two-time University World medalist and World No. 20 Gabriella Sleisz of Hungary. Ragan is this year’s Pan American champion and reigning silver medalist at this weight class.

In her first World Championships, Augello will see Thi Hang Vu of Vietnam, who is a two-time Asian medalist and 2012 Junior World bronze medalist. Augello was the U.S. Olympian at 48 kg/105.5 lbs. in Rio.

World No. 5 Anthony is set to battle Korea’s Miran Cheon in the first round at 48 kg. Cheon’s only listed international result is an eighth-place finish at the Junior Asian Championships. Anthony finished in fifth place at the 2013 World Championships and is a two-time Junior World champion.

Entering as No. 10 in the World, Mensah will take on 2015 Junior World bronze medalist Alla Belinska of Ukraine. Mensah remains undefeated on the year with gold medals at the Ivan Yarygin Grand Prix and Grand Prix of Spain.

Complete brackets for the World Championships, as well as a live stream of the event, are available to U.S. residents at Trackwrestling.com.