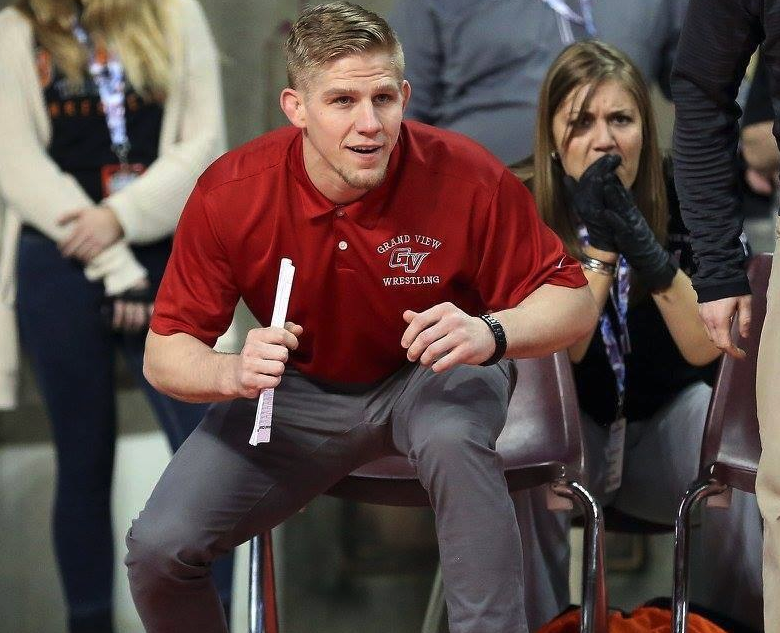 Former two-time national champion and three-time All-American Chad Lowman returns back to Grand View after a one year at Cumberland University as a full-time assistant.

Lowman coached as a graduate assistant at Grand View University for two years prior to accepting the position at Cumberland. During those those two years Lowman help the Vikings win two national championships and coach 19 All-Americans.