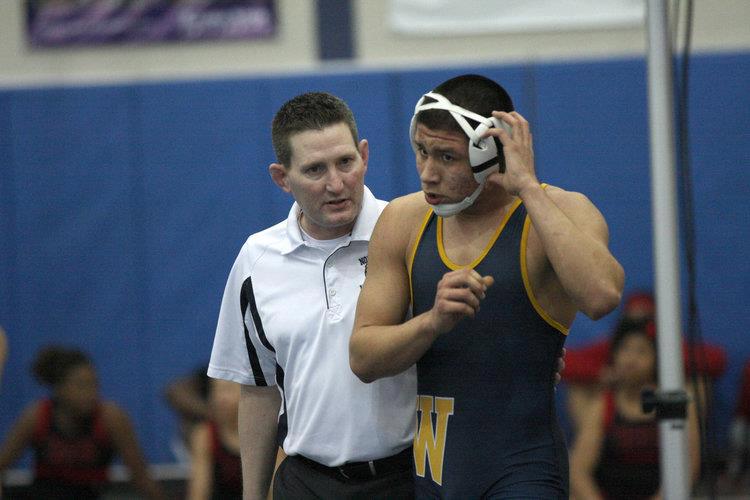 Mullins said, “We are very excited about this group of guys joining our program and Graceland community! We believe these guys will fit within our culture of living the right lifestyle and working hard toward success in the classroom, on the mat and ultimately in life. As we return a large group of upperclassmen, we were able to add some pieces in this class that will fit right into a substantial varsity role as well as some needed depth which provides some underclassmen needed time and experience to grow within the collegiate realm of wrestling. We look forward to each and every one of these young men having successful careers in the GU gold and blue!”

Alex, a native of Longview, WA competed as a Monarch at Mark Morris High School. Alex put together a successful high school campaign as he wrestled his way to the Washington State Tournament twice, placing 8th as a Senior.

Alex, son of Stacey and Marc Bollinger, plans on majoring in Business.

Dylan, a transfer junior from Wichita, KS comes from Northeastern Oklahoma A&M College and Wichita Northwest High School prior to that. Dylan competed as a member of the 2016 NJCAA National Championship team at NEO A&M College. As a Grizzly of WNHS, he placed twice at the Kansas State Tournament topping off his career becoming a State Champion his senior season.

Dylan, the son of Kelly Brazell, plans on majoring in Health and Movement Science.

Jared comes to Graceland from Highlands Ranch, CO where he competed as a Golden Eagle for Mountain Vista High School. Jared has spent time training at the Olympic Training Center and collected 75+ career wins through his Junior year. He decided to forego his senior season to focus on training towards his collegiate transition.

Jared, son of Lynn and Gary Connell, plans on majoring in Graphic Design.

Gabriel, a freshman from Debary, FL comes to GU after a career at Deltona High School. While attending DHS, he qualified for the Florida State Tournament, collected 97 career wins and earned All-American status at AAU Scholastic Duals.

Gabriel, son of Yania and Luis Gonzalez, plans on majoring in Exercise Science.

Jonathon, a freshman from West Chicago, IL comes to GU after a career at Community High School. While attending CHS, he became a 2x sectional qualifier and was selected as All-Conference.

Jonathon, son of Antonia and Gerardo Juarez, plans on majoring in Health and Movement Science.

Trevor comes to GU from Creston, IA after an impressive career at Creston High School. While attending CHS, he qualified for the Iowa State Tournament twice and collected over 100 career wins.

Trevor, son of Angie and Randy Marlin, plans on majoring in Agricultural Business.

DeMarco, a freshman from Decatur, GA comes to GU after a prep career at Druid Hills High School. While attending DHHS, he collected 156 career falls becoming his school’s career falls leader. He also finished his career placing 4th at the Georgia State Tournament his senior season.

DeMarco, son of Carmette and DeMarco Mosley, plans on majoring in Health and Movement Science.

Saul, a native of Wichita, KS competed at Northeastern Oklahoma A&M College and Wichita Northwest High School prior to that. Saul put together a very successful NJCAA campaign as he wrestled his way to the NJCAA National Tournament twice, becoming an All-American his 2nd season at NEO. Saul was also a member of the 2016 NJCAA National Championship team. During his high school career at WNHS, he became a 3x Kansas State Tournament place-winner finishing Runner-up each time and earning 142 career wins.

Saul, son of Gia Perez and Roman Ortiz, plans on majoring in History.

Drew, a freshman from Oskaloosa, IA comes from Oskaloosa High School. Drew competed as an Indian during his wrestling career at OHS becoming a 4x Iowa State Tournament Qualifier, placing 7th during his junior season. He finished his career with 145 career wins, 39 of those coming his senior season while being ranked top 5 in the largest division in the state of Iowa.

Drew, the son of Peggy and Trampas Sams, plans on majoring in Physical Therapy.

Jacob comes to Graceland from Brighton, CO where he competed as a Raider of Rangeview High School. Jacob’s career highlights include becoming a Freestyle State Runner-up.

Jacob, son of Laura and R. Antonio Lucero, plans on majoring in Biology.

Dalton, a freshman from Sullivan, MO comes to GU after a career at Sullivan High School. While attending SHS, he qualified for the Missouri State Tournament twice, earning a 4th place finish his senior season and collecting 107 career wins.

Dalton, son of Tracy and Robert Ward, is undecided on a major of study.

Baily comes to GU from Friendswood, TX after a successful career at Friendswood High School. While attending FHS, he qualified for the Texas State Tournament, collected 152 career wins and became his school’s career falls leader.

Baily, son of Jennifer and Jeffrey Wolf, plans on majoring in History.

Dylan, son of Sara and Tim Wheeler, plans on majoring in Pre-Physical Therapy.