Jack Wagner Transferring Out of Iowa 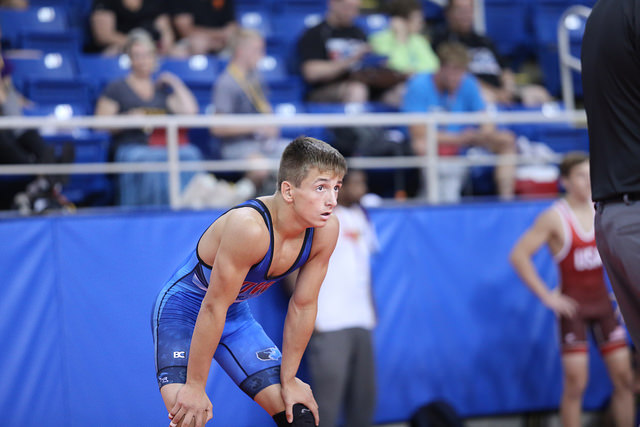 Bettendorf native Jack Wagner has informed IAwrestle he plans to take his talents north to the University of Northern Iowa. Wagner was a three-time Iowa high school state champion and part of a massive 2016 recruiting class for the Iowa Hawkeyes. The redshirt freshman competed in five open tournaments for a season record of 17-7 at 133 pounds.

“It’s going to be a great fit and a great culture to be in and I’m excited to be a Panther.” – Jack Wagner

That Iowa recruiting class has been thinned out as of late with the departure of Wagner, Brock Rathbun and Matt Malcom. Rathbun has transferred to Wartburg and Malcom moved back closer to home to wrestle for Nebraska Kearney.

Wagner will likely slot in at 133 pounds for the Panthers. Current roster lists Tanner Rohweder, Jay Schwarm and Rudy Yates at 125 pounds. Chase Lienhard and Josh Alber are listed at 133 pounds, but two weeks ago, Head Coach Doug Schwab told IAwrestle that two-time NCAA qualifier, Josh Alber, will be moving up to 141 pounds this season.

Yates is coming off a 15-2 record in his redshirt season, with all of his matches coming at 133 pounds. When he committed to UNI Yates told IAwrestle he saw himself as a career 125-pound wrestler for the Panthers, but it looks as though plans have changed (as they often do when trying to project a weight three years down the road).

Wagner and Yates wrestled at the 2016 Grand View Open where Yates come out on top by a 9-6 decision. Wagner was giving a full release by the University of Iowa and will have four years of eligibility left.

10 thoughts on “Jack Wagner Transferring Out of Iowa”