Thomas Gilman Headed to Spain for Pre-World’s Tune Up 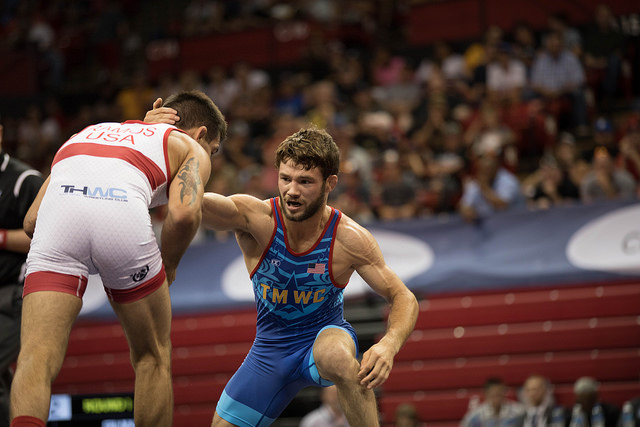 Recent University of Iowa graduate, and 57 kg World Team member Thomas Gilman will be headed to Madrid, Spain in August for his tune up prior to the 2017 World Championships. It is a common practice for the U.S. to send their World representative overseas to an International tournament for experience and to make any final adjustments prior to competing for a World title.

“It’s almost like a training phase.” New Hawkeye Wrestling Club coach Mark Perry told IAwrestle in an interview, “You’re going over there and getting some competition and make adjustments from there.”

The Grand Prix of Spain, which takes place July 15-16, has been a well attended event by the Americans over the past few years with the U.S. claiming eight gold medals in the last two years. This will be the first Senior level tournament for Gilman, but the former Hawkeye does have international experience competing in the 2011 Cadet World Championships, and the 2013 and 2014 Junior World Championships.

One of the bigger advantages to competing in an overseas event is to get a contrasting feel than what the American wrestlers are used to getting domestically. While Perry is hoping that Gilman see tougher competition at the Grand Prix, he knows at the end of the day its about getting better and learning something in each match.

“You’re just making adjustments and improving. It’s all about progression.” Perry said on Gilman making the transition from domestic to International competition. “He’s going over there, getting some competition, and hopefully there will be some tough Europeans. You never know who will show up. They are just warm up tournaments basically. Sometimes Iran shows up, sometimes its Spain and France, (sometimes) its watered down. We’re not over thinking it too much. (Gilman) is preparing for competition and he’s going to go out and perform and then we will be better five weeks from then.”