Mark Perry Looking to “Change the Scene” with HWC 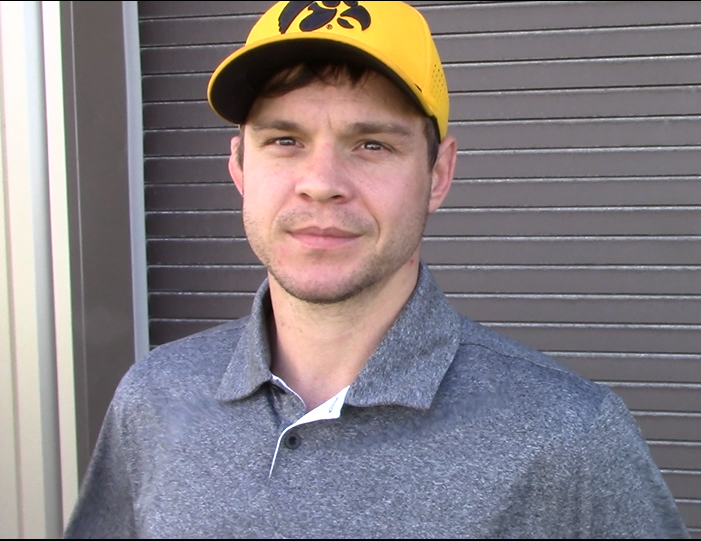 Earlier this week IAwrestle got the opportunity to spend a little time with Mark Perry to discuss how his first month as coach of the Hawkeye Wrestling Club has gone and where he sees the club going in the future. Up first for Perry was getting a feel for where the club is currently.

“Really just trying to get to know guys and trying to evaluate and see where they are at in their wrestling careers, and their life, where their confidence is. That kind of stuff. Starting building for the future with those guys.”

While Perry has been busy analyzing the current club members (and putting one of those on a World Team), he has also already been active on the recruiting side, bringing in Jesse Delgado to compete as a part of the HWC just weeks after making the move himself.

“Obviously I wanted him over with us, but he wanted to be here,” Perry said on the addition of Delgado, “That was the biggest thing. I think that’s something that’s always important to the Iowa coaches, he wants to be here.

“I think it’s huge for the club. I am very confident that once he gets settled in and gets back into a routine he’ll be one of the top guys in the World. I think for the program itself it’s a monster addition.”

One of the main benefits Perry views of adding Delgado is giving the former two-time NCAA champion a new feel by being in the Iowa room, known for having heavy hands. In turn Perry states that Delgado will also be able to give the guys in the room a new feel.

“The guys that are wrestling with him they are getting a feel of speed that is hard to (replicate). Not very many guys have that kind of speed and its a different style. Its definitely not only going to be beneficial for the international program, but for the college guys that are scrapping with him. I grew up in that you’re “Okie State style” or “Iowa style” mentality, (Delgado) definitely has that Okie State, moving his feet a lot, very elusive and hard to get a hold of. It’s just a different feel for those guys and vice versa.”

As we neared the end of our interview, I was able to ask Perry his thoughts on Iowa’s top recruit in the class of 2017, Spencer Lee. The coach had nothing but good things to say about Lee’s ethic since joining the room, specifically stating that his dedication to rehabbing his knee after suffering an ACL tear earlier this year is something to be admired.

“I know he fits right into the program,” Perry said of Lee, “He’s one of those guys who are very, very mature for their age in the aspect of he’s coming off an injury. He’s driving from his parents’ house in Cedar Rapids two to three times a day to get rehab. Even though we are not getting to see him on the mat yet, just the maturity level in his recovery, that tells you a lot about where he is going to be.”

We wrapped up the interview by discussing the future of the Hawkeye Wrestling Club, and where Perry would like to take it.

“We’re definitely looking at changing the scene on the club level. In not just events, but getting businesses involved that can take us to new heights. For us and me its about supporting that athlete. Giving them resources. We don’t have a professional league, we don’t go pro. That’s why this job was intriguing to me because I care about the top, top, top dogs in America and that’s usually the college guys. Making sure (the club) guys are taken care of where they can be happy to wake up every morning and their focus is being the best on the planet. That’s what we should be doing and that’s what I am trying to do here.”

The full Mark Perry interview will be available later on IAwrestle