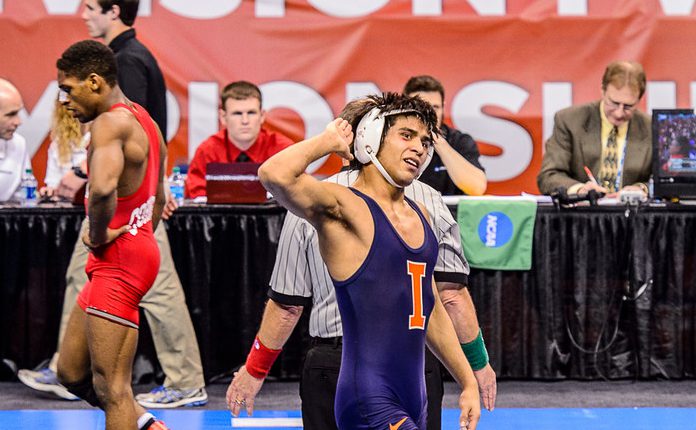 The lightweight depth in the Hawkeye Wrestling Club just got a whole lot deeper as IAwrestle has learned that two-time NCAA champion Jesse Delgado will be joining the club. The Delgado move would appear to be a direct result of the Mark Perry hiring, as Delgado wrestled under Perry in college at Illinois and was also a member of the Illini coaching staff with Perry this past season.

Delgado joins a Hawkeye Wrestling Club full of lightweight standouts with Thomas Gilman (57 kg), Chris Dardanes (61 kg), and Nick Dardanes (65 kg) all currently qualified for next week’s Senior World Team Trials in Lincoln, Nebraska. In April, Delgado was the seventh place finisher at the U.S. Open competing at 57 kg, earning him a spot at the Trials next week as well.