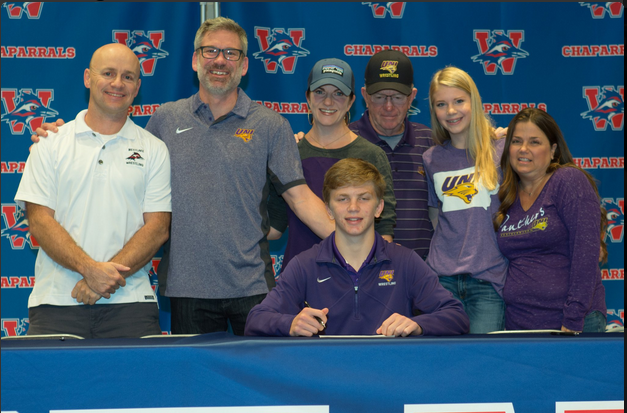 Comparing in-season high school accolades across different states can be tricky, but UNI commit Jack Skudlarczyk will leave his Texas prep career a three-time state champion and four-time state medalist. While Texas isn’t a state known for it’s high school wrestling, it’s obvious that anyone able to win three titles has talent. Combine those results with Skudlarczyk’s Junior Greco-Roman All-American finish, his UWW Cadet freestyle All-American last summer, and the fact he was a double Cadet Fargo All-American the year before that and he has more than proven himself on the national stage as well.

Skudlarczyk is already qualified for Fargo later this summer after winning both styles at the Texas USA Wrestling tournament competing at 126 pounds. Given his size it’s safe to assume UNI is planning on him being a potential 125-pound wrestler for the Panthers.

Right now the Panthers have sophomore Jay Schwarm and potentially Rudy Yates as depth at 125 pounds, though Yates never made 125 during his redshirt season and may have outgrown the weight. Given the difficulty of recruiting a career 125-pound wrestler Skudlarczyk’s presence will be a welcome addition to a room that is continually building depth.