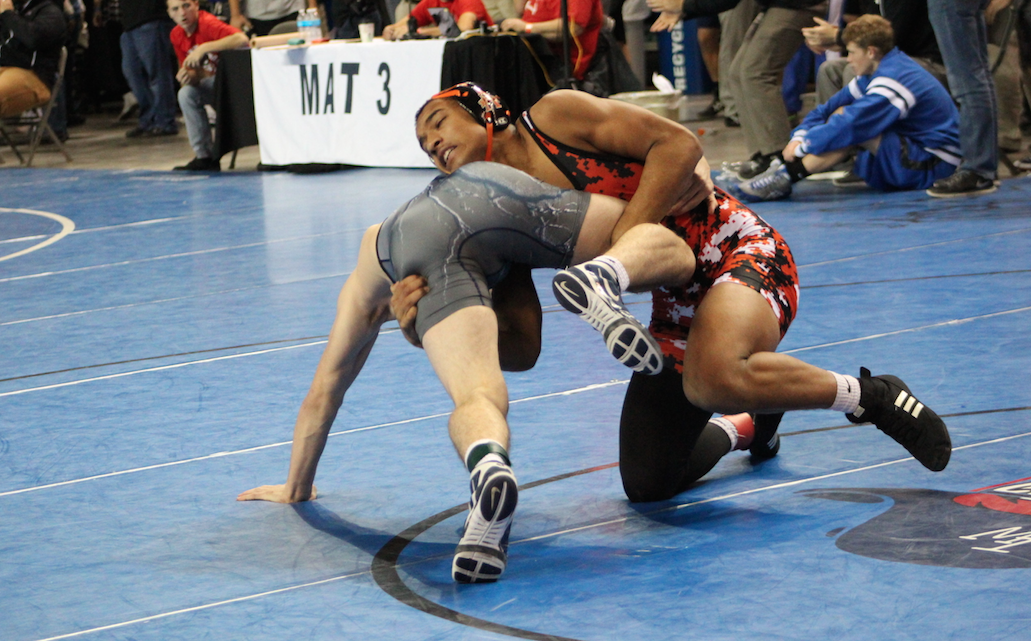 If Iowa State is lacking in anything, it’s depth in their upperweights, specifically the 174 and 184-pound weight-classes. It is for that reason that the Cyclones landing Marcus Coleman so much more important than the fact that he grew up wrestling in their backyard. Coming out of Ames high with three individual state titles, he really opened up fans’ eyes his sophomore year on how high his potential was when he won his first state title, and then went on to reach the finals of the Cadet Freestyle National Championships in Fargo, North Dakota later that year.

Since then Coleman has gone on to enter the top rankings for the class of 2017, win two more Iowa state titles, and a pair of All-American honors at USA Wrestling’s Folkstyle Nationals.

Coleman has the potential to have a huge impact on the Cyclone lineup going forward as he will be the only top 100 recruit to be at either of the weights he projects at. While high school accomplishments often don’t tell the whole story, they do however provide a picture of the current talent in the room. Right now Coleman seems better suited for 174 pounds after wrestling 170 pounds during the regular season, and that is also where he have seen him competing so far during the freestyle season.

When he took the job, Kevin Dresser preached that this team’s turnaround was going to require patience to get back to where they used be as a title contender. It’s comments of that nature that likely mean that even though Coleman could very well be one of the better wrestlers in the room at his weight-class, a redshirt may still be the route taken in order to develop Coleman’s talent further.