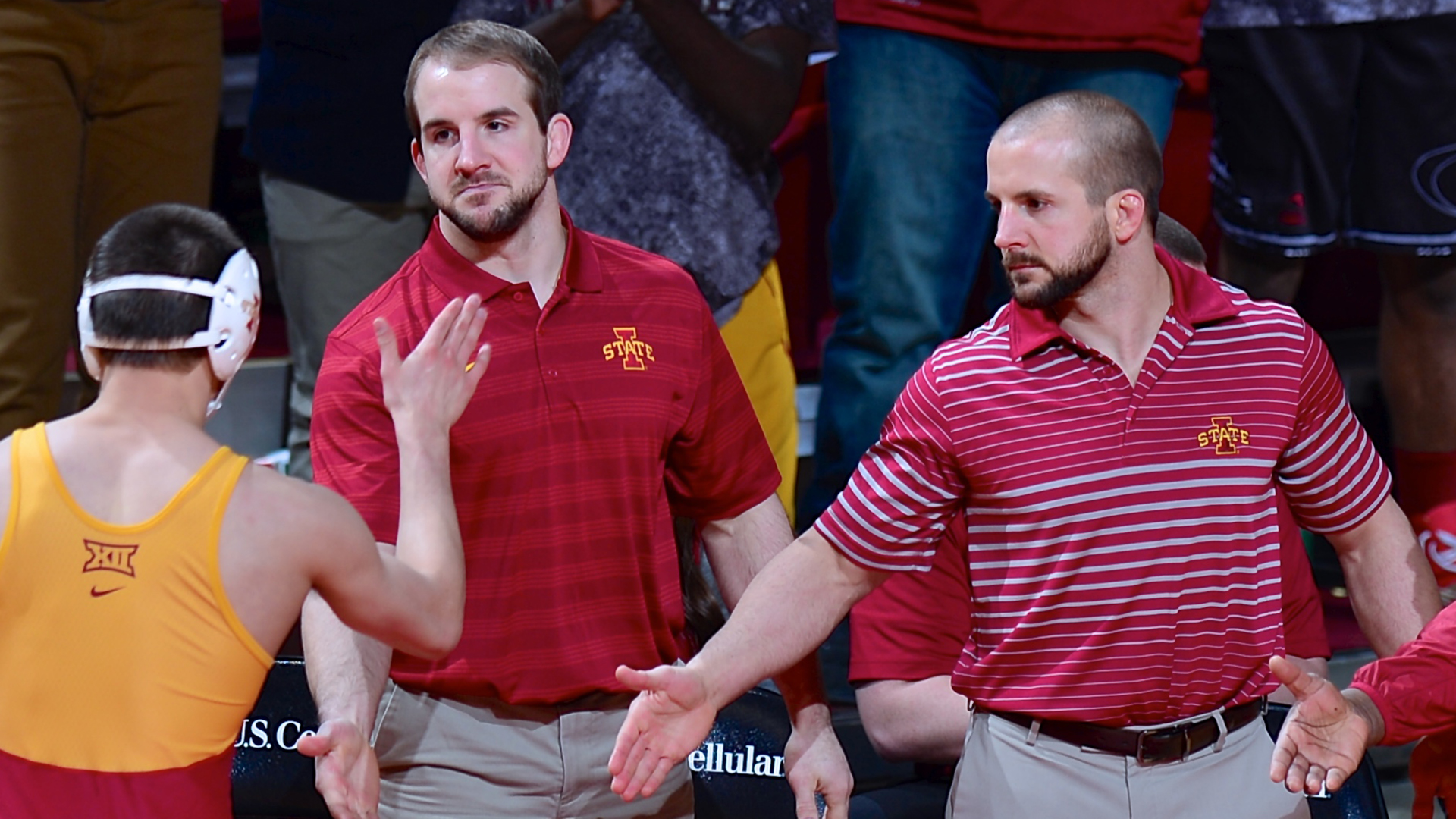 You read that correctly, in addition to Travis Paulson taking a position with the University of Virginia, former Iowa State assistant coach Trent Paulson will be joining his brother in Charlottesville, Virginia. The move comes after former Virginia assistant coach, Jordan Leen, left to take a job with the Pittsburgh wrestling program.

Travis and I wanted to stay together but as the job hunt ensued we realized the likelihood wasn’t high unless we took over our own program. Crazy how a school with zero openings ended up having two. – Trent Paulson

Trent heads into Virginia after serving the two previous seasons as the paid assistant coach for Iowa State. In addition to his duties with the Cyclones, Trent was also the Cyclone Wrestling Club’s head coach where he trained, among others, recent Cyclone standouts Kyven Gadson and Mike Moreno. He is expected to head up the Virginia Regional Training Center while at Virginia as well.

I was leaning toward becoming RTC coach at Wisconsin before this was offered. I like the athletes Garland has been bringing in at Virginia – he has build UVA up from nothing and love that he’s a man of Character. – Trent Paulson

As a competitor Paulson was a three time All-American, and captured the 157 NCAA crown in 2007. He went on to make four National Teams, and was the representative on the 2009 World Team for the United States.