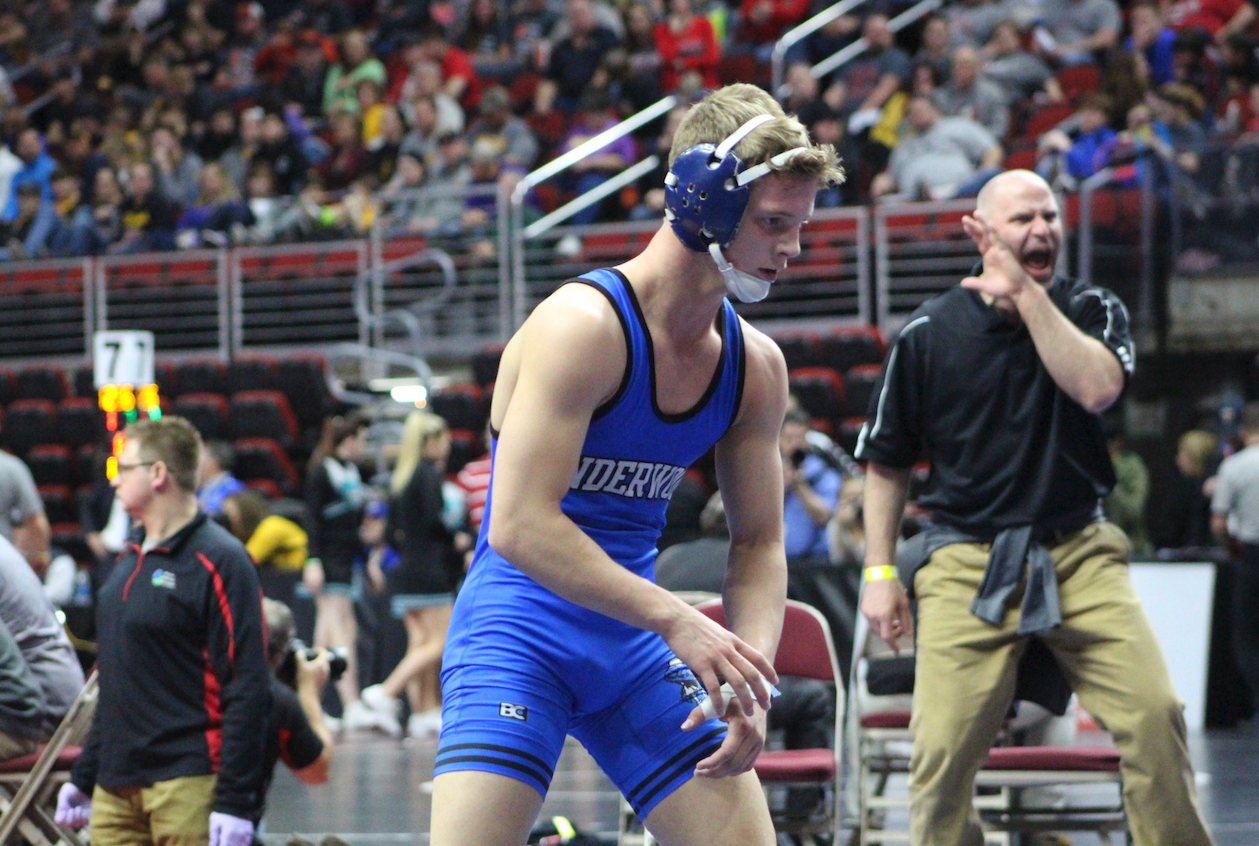 The state’s top junior, Alex Thomsen of Underwood high school, has informed IAwrestle that he will be heading to Nebraska after he wraps up his high school career. An undefeated three-time state champion, Thomsen’s stock exploded as a freshman when he defeated Drew West at the state tournament, and would go on to reach the Cadet freestyle finals later that summer.

“I picked Nebraska because I felt like it was the place for me,” Thomsen told IAwrestle, “It had everything I wanted and I felt at home when I went there. I’ve had a good relationship with the coaches and I am very excited to wrestle under them. I was ready to commit. I felt like I didn’t need the official visits because I knew Nebraska was the place I wanted to go. I could’ve waited until [the fall] but I knew in my mind I was going there.”

This is the second year in a row that the Huskers have dipped into their neighbor to their east for a top flight recruit, plucking North Scott’s Wyatt Wriedt last summer.

Thomsen has emerged as one of the best wrestlers in the country by earning top finishes at UWW Cadet nationals, Super 32, and was a double All-American at Fargo last year.Flowrestling currently rates Thomsen as the #46 overall prospect in the class of 2018 and #8 at 126 pounds.

This summer, Thomsen plans to compete at 126, and see himself as a 125-pound wrestler for Nebraska with potential to grow into 133. Thomsen concluded our interview with the following:

“I want to thank my coaches, family, and close friends; they have all supported me throughout my career and always believed in me. I want to personally thank Jake Head, my club coach, because he stepped into the coaching job about six years ago and built me as a wrestler from the ground up. He drove me to tournaments and was always willing to stay after practice and help me with positions. He’s been a very influential person in my life and honestly without him I wouldn’t be where I am today.”