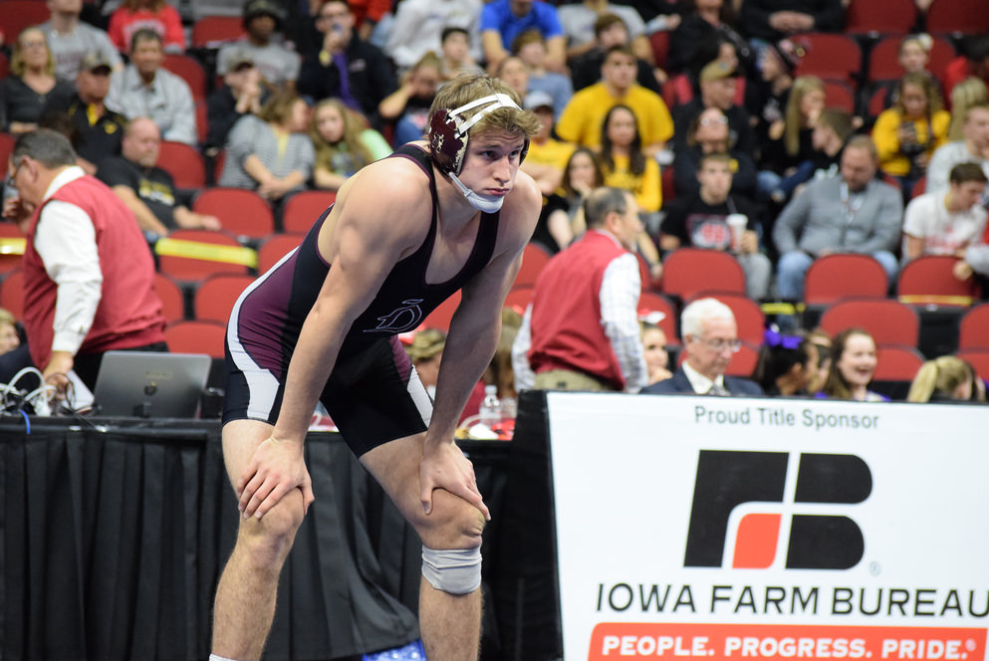 Dowling’s Kaden Sauer was asked by the Des Moines Register in March if he thought the new Iowa State coach Kevin Dresser would be able to turn the Cyclones’ program around.

I would love to see him turn the program around. There is really no way of knowing right now, but I know he is a great coach. His career at Virginia Tech shows that. I am a Hawkeye fan myself, but I love seeing UNI and Iowa State have success as well.

At the time of that interview Sauer was committed to the University of Wisconsin-La Crosse which is a Division III program. After a successful senior season at Dowling going 43-6 finishing runner-up at 195 pounds in class 3A the though of going Division I crossed his mind.

Sauer went into the state tournament the top ranked wrestler after defeating Connor Corbin and Isaac Bartel during the regular season. Sauer dominated his way to the state finals with three straight falls and would face Mason City’s Bartel, whom he beat at the CIML’s weeks prior. Bartel would go on to defeat Sauer 5-4 in overtime lowering Sauer’s recruiting stock.

Sauer’s stock sky rocketed two weeks ago after doubling up at Western Junior Regionals in Vegas.

At what point did Coach Dresser reach out to you?

“Honestly it wasn’t so much dresser as Zadick. He grabbed me after my first practice at the cyclone wrestling club.”
Do you think that doubling up in Vegas triggered them to reach out to you?

“They started talking to me a few weeks before that but I think that gave them a little bit of an initiative to move forward with the process.”
What sold you on Iowa State? Did you maybe not think you were D1 caliber when you chose to commit to UWL? If so, what changed that?

“Just since my senior season got over I have made huge improvements in my wrestling and realized that my ceiling of potential was a lot higher than I originally thought. I didn’t want to have any what ifs in my life so I decided to do what I thought was best”
Lastly, what weight do you intend to wrestle for ISU?