American Wrestler: The Wizard air times and locations in Iowa 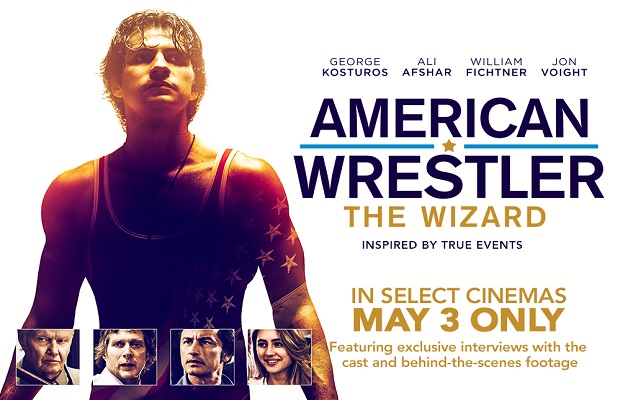 Fathom Events and Warner Bros. Entertainment presents an inspiring tale based on true events, American Wrestler: The Wizard, making its cinematic debut across the country for one night only on May 3.

The film follows a 17-year-old Iranian boy Ali Jahani, played by George Kosturos, in the 1980s who flees from Iran at the time of political turmoil. He moves to the United States in hope of a new start, only to be faced with more hostility.

Jahani moves in with his embittered uncle in a small California community. The boy is faced with an abundant amount of adversity everywhere he turns. Strong headed and determined to fit into his new community Jahani joins his high school’s less than successful wrestling team.

From the get-go Jahani must step up to prove himself to others around him.

This is a heartwarming movie that you are not going to want to miss. It hits on wrestling diplomacy and how wrestling brings people and countries together, while displaying the adversity that immigrants are faced while arriving to the States.

The film is already set to make a sequel and in the works to produce TV show.

Take advantage of this special deal from the National Wrestling Coaches Association and Fandango. When you purchase 10 or more tickets for American Wrestler: The Wizard you will receive a $75 Papa John’s gift card. So, grab a group, purchase tickets in advance, and have a pizza party!

Show times in theaters in Iowa.