Spencer Lee on Rehabbing his Knee and Getting to Iowa City 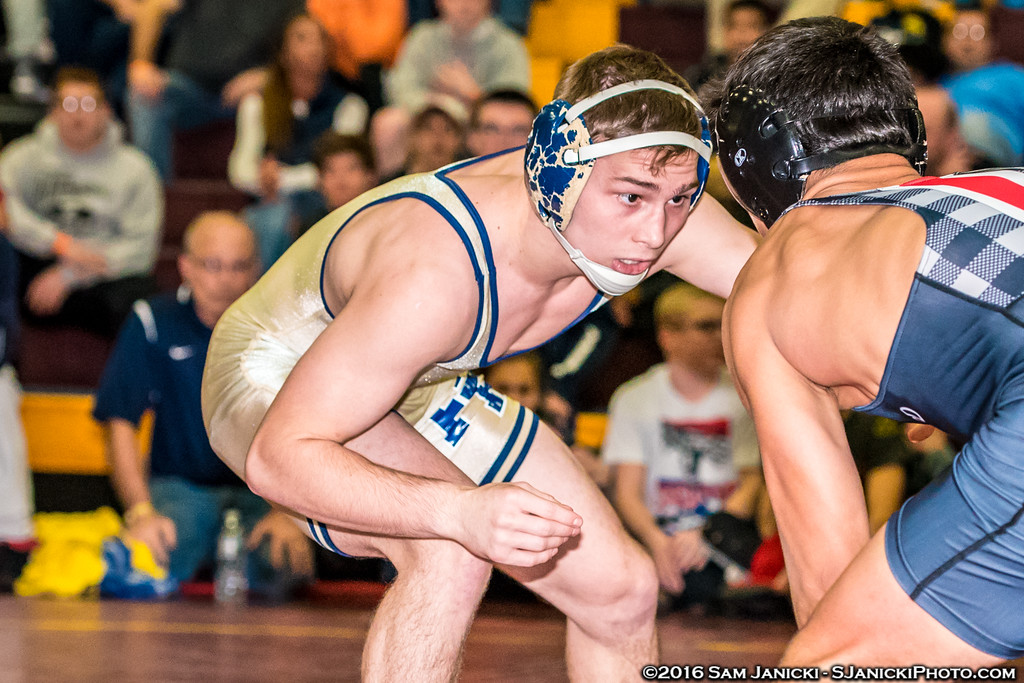 This past weekend Iowa’s top recruit in the class of 2017 appeared on Takedown Radio and among the topics the nation’s top high school wrestler touched on was recovering from a recent ACL repair surgery and his plans on getting to Iowa City.

“For right now I am trying to make sure my knee is healthy as possible,” Lee said on the radio program, “I really have nothing to rush back into. I have no World Championship or Team to make. I think the focus right now is getting 100% healthy and making sure I will be back stronger than ever.”

A three-time state champion in the state of Pennsylvania, Lee was looking to complete his final season of high school with an undefeated record, and join the all-time greats of his state by winning the coveted fourth state title. In January Lee would find out that he had a tear in his ACL, but the potential of regret was too much for Lee to not put it all on the line.

“They all told me not to wrestle the states, but I choose to wrestle you know because I don’t think I could have lived with myself not knowing.” said Lee.

Lee would go on to suffer his first and only loss in the state finals to Austin DeSanto. Lee discussed his outlook in the radio interview.

“You just can’t look at it negativity. Obviously my knee being injured is a negative, but I am just trying to focus on the positivity on the long term look towards it. Make sure my knee is healthy because I plan on wrestling for a long time.”

On Wednesday Lee had surgery to repair the ACL in his knee, and he went on to tell Takedown Radio that he will continue his rehab in Pennsylvania, but expects to move to Iowa City shortly after finishing high school.

“I graduate June second, my graduation party is June third, and I am pretty sure I am moving (to Iowa City) a week later.”

The interview also featured comments on Lee reaffirming why he chose the University of Iowa and why he is so eager to get to Iowa City so soon after graduation.

“I just really in my mind this is the right place for me and I made that commitment,” Lee said in the interview, “I always say if you’re going to go do something it might as well be 100% in to it. So, I went all in and I am excited to buy in to (Iowa’s) way of wrestling and teaching, and try to buy into the program. I think people who buy into Tom and Terry (Brands), (Ryan) Morningstar, and (Ben) Berhow’s program tend to be successful as their potential can be. I really believe that and I am going to try and buy in make sure I get there as fast as I can because I can’t wait to be in Iowa City.”

Lee also touched on Iowa’s recent recruiting news that 2018 commit Gavin Teasdale, one of Lee’s training partners at the Young Guns Wrestling Club in Pennsylvania, who recently changed his verbal to Penn State.

“I don’t I think my presence had an influence with any of that, if anything maybe it would have helped him come to Iowa because we’re good friends. I just think this was a long time coming and in his mind I think he made his mind a little too quickly, off of an instinct and off of a whim instead of thinking about it. I think he did the same thing here, but it’s the last time he’s going to change his mind. I think he is going to be a Nittany Lion. I don’t know if I could have done anything differently. I think he followed the way of the road and thought ‘Man it’s nice to stay home and Penn State has a great program, and Cael (Sanderson), Cody and coach Cunningham are great guys.’ I mean I almost went there. I have nothing bad to say about Gavin switching. I just wish he had done it differently.”

Over the past few weeks several recruits across the nation have changed their minds for college commitments, which Lee gave his thoughts on the flipping of commitments in general.

“I guess it’s different times though. Look at football, that’s just my thinking. Wrestling starting to become like that. It’s good and bad. I think it’s good because it helps promote the sport, people “rah” it up, and that kind of thing. It’s also bad because like you said, be a man of your word. You go there and you say you’re going there, then you should be going there. But I do agree as well that people commit so early that they don’t know what they really want and your mind can change as you mature. It’s kinda hard to put anyone down about that.”

Listen to the full Lee interview on Takedown Radio, starting at the 21:15 mark: