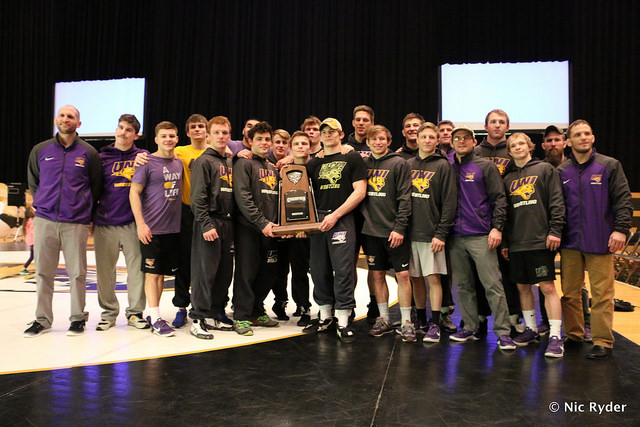 Student-athletes who achieve a minimum accumulative 3.0 GPA (on a 4.0 rating basis) in wrestling are named to the MAC Honor Roll. Freshmen and junior college transfers in their first year of residence are not eligible for the award.

Redshirt freshmen Isaiah Patton and Hunter Washburn earned the Commissioner’s Award, which recognizes student-athletes who have achieved a 3.5 minimum accumulative grade-point average after two semesters or three quarters.  First year and graduating seniors are not eligible. Transfer students must complete one full academic year prior to being eligible.

Peters, Thomsen and Steiert recently were announced on the Academic All-MAC team reserved for student-athletes who earned at least a 3.20 cumulative GPA and participated in at least 50 percent of the contests.

One thought on “Ten Panthers on MAC Honor Roll”