Michael Moreno will serve as interim assistant for 2017 postseason 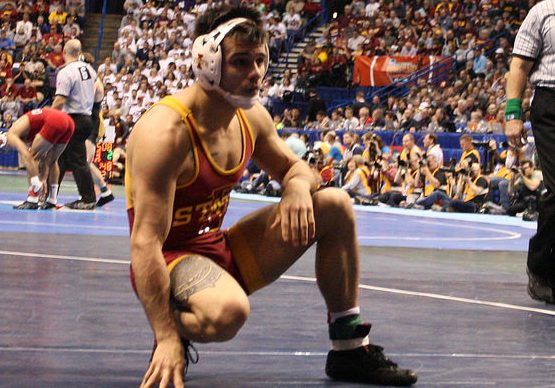 Two-time All-American Michael Moreno will serve as interim assistant coach for the Iowa State wrestling team beginning this weekend at the Big 12 Championships. The position on the Iowa State staff became available when Kevin Jackson stepped down from the head coaching position last month. Jackson stepping down allowed Travis Paulson to take over the Cyclones as interim head coach which freed up an assistant position for Moreno.

“Having Mike Moreno on staff to finish out the season is a huge asset to our program,” Paulson told IAwrestle, “He is well respected among the team and will play a vital role in rallying the team to finish the season as strong as possible.”

Moreno compiled a career record of 91-37 while at Iowa State, including a dual mark of 40-19. In 2014, he became the 38th two time All-American in ISU Wrestling history, joining his father Mike Sr. in the accomplishment. After completing his college career Moreno joined the Iowa State staff as a graduate assistant while continuing to train at 70 kilograms for the Cyclone Wrestling Club.

Iowa State heads to Oklahoma this weekend for the Big 12 Championships in Tulsa.

Listen to Lars and Ross give their thoughts on the Big 12 tournament on the latest edition of the Potentially Dangerous podcast:

Happy to announce that Michael Moreno will serve as Interim Assistant Coach for the remainder of this season!@CycloneWR @Miguel70kgUSA pic.twitter.com/8L3Vbn54fW