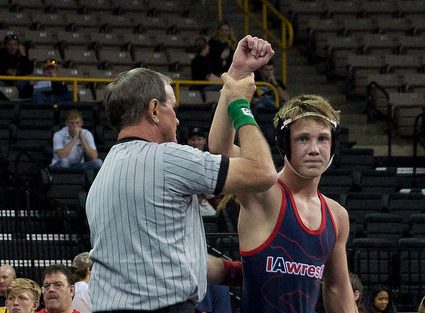 Two Pennsylvania wrestling champions collide at the Thomas Chevrolet tournament in Bedford on Jan. 28, 2017. #7 Brian Courtney of Athens beat Max Murin (red ankle bands) of Central Cambria, a 2015 PIAA champion, in the 2016 state championship. This time Courtney moved up a weight class for the opportunity to test himself again against the Hawkeye commit.