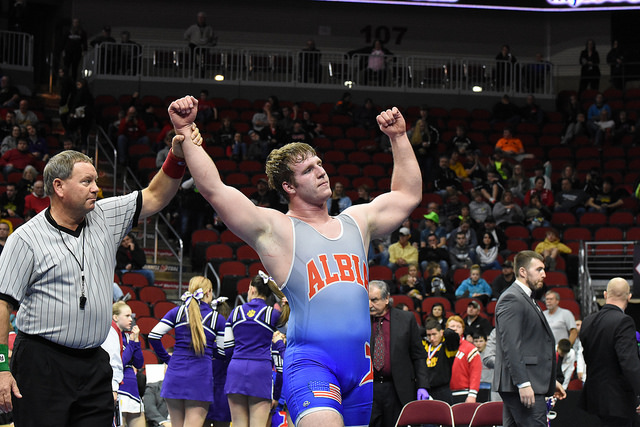 Rudy Yates won the 133-pound weight class while Carter Isley walked away with the heavyweight title. It was the third tournament win this season for both Panthers.

Isley made quick work of his championship. He went 5-0 and competed for 13 minutes, 32 seconds. He tallied four first-period falls that totaled 6:32, the most falls in the fastest time in the tournament.

Isley has placed in five of the six tournaments he has competed in so far this year. He did not place in the Southern Scuffle while competing unattached. He now leads the team with 10 falls this season. Eight of those falls were scored in the first period.

Yates has placed in all the tournaments he has competed in this year. He won the Grand View and Pat “Flash” Flanagan Open, and he took fifth in the Harold Nichols Cyclone Open.

Tyler Hoffman took second at 197 pounds. He bumped Chase Shedenhelm to the consolations, where he took fifth in the first tournament he has competed at in the 197-pound weight class.

Izaak Shedenhelm finished fourth at 197 pounds. He has placed in both tournaments in which he competed this year.

Cameron Lopez took third at 165 pounds. Frank Walsh grabbed two falls on his way to a fifth-place finish. He trails Isley for most falls on the team with seven.