Panthers go on the road to Ohio 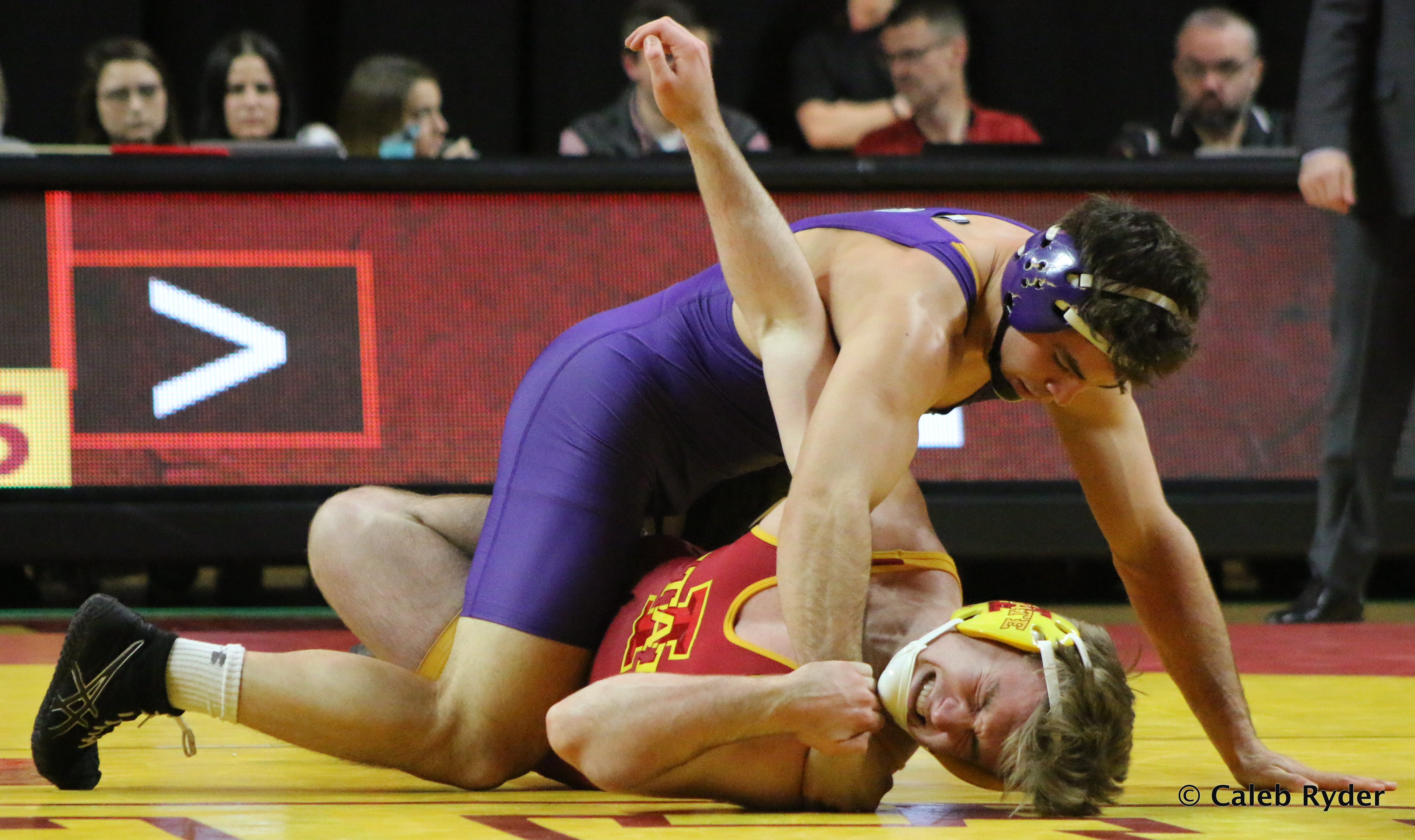 Northern Iowa once again takes their talents on the road as they swing through the state of Ohio for two duals this weekend. They kick things off with a dual in Athens on Friday night, where they take on the Ohio Bobcats. The Bobcats are coached by former Panther Joel Greenlee, who was a two-time All-American and national runner-up for UNI in 1989. OU is 6-4 (4-2 MAC) this season.

The biggest match for the Panthers will come, once again, at 133 pounds. UNI’s Josh Alber, currently ranked #1 in the MAC, takes on Ohio’s Cameron Kelly, currently ranked #2 in the MAC. They split a pair of matches last season; Alber defeating Kelly at the Midlands, then falling to him in the dual. We’ll see if Alber can continue his recent trend of defeating opponents he has previously lost to.

There are a couple of other interesting matches that might have implications on the MAC tournament later this season. As I talked about before the Iowa State and Eastern Michigan duals, JJ Everard is looking to get higher in the rankings going into March, and he’ll have MAC #2 Zack Parker this Friday night. Everard struggled early this season, dealing with an ankle injury and some personal matters, but he’s really come on strong in the last few weeks and this will be another opportunity to boost himself up in the rankings.

There are only two other matches where the Panther won’t be favored to win, and those come at 125 and 141 pounds. Ohio’s Shakur Laney is ranked 16th in the country at 125 and would present a tough test for UNI’s Dylan Peters, let alone his backup. At 141 Ohio will put MAC #2 Noah Forrider on the mat. Jake Hodges and Tyler Willers have bounced back and forth at the weight for UNI, with neither wrestler having a ton of success.

This is another one of those types of duals that UNI, on paper, should win. The travel, the fact that it’s the first dual of two in the weekend, and that they’re coming down off a huge weekend might contribute to a less than stellar effort out of the Panthers, and is really the only way I see Ohio winning. OU just doesn’t have the horses this season to keep up with UNI.

Ohio is coming off a 43-2 win over Kent State last Sunday afternoon. UNI will visit KSU on Sunday afternoon. We’re not sure yet on a stream for the Ohio Dual – MAC duals are typically streamed on ESPN3, but this one isn’t listed anywhere yet. We’ll keep you up to date on here and on our Twitter page – @IAwrestle.

Edit: The dual will be live on ESPN3, the link is above. Thanks to UNI SID Michelle Van Dorn for getting us that info!

As an aside there will not be a play by play thread for this dual. We will have one on Sunday for the dual against KSU.

4 thoughts on “Panthers go on the road to Ohio”