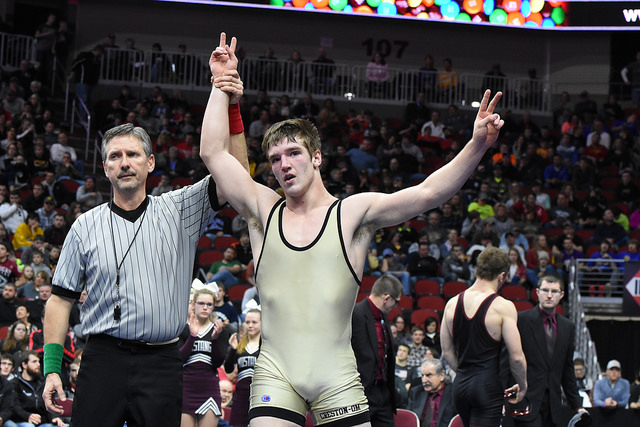 “After all the wrestling stuff, after football season, I decided that I was going to play football,” Shiltz told the Creston News Adviser, “I went down there and fell in love with it. It felt right there.”

In addition to turning down his offer to wrestle at North Dakota State, Shiltz also turned down a preferred walk-on opportunity with the Iowa State football program. Currently ranked #1 at 182 pounds in the 2A Class, Shiltz is a two-time state champion and three-time state finalist for Creston. Instead of dominating his opponents on the mat next year we could see Shiltz emerge as the next star running back for Northwest Missouri State, who have won three Division II national titles in the last four seasons.