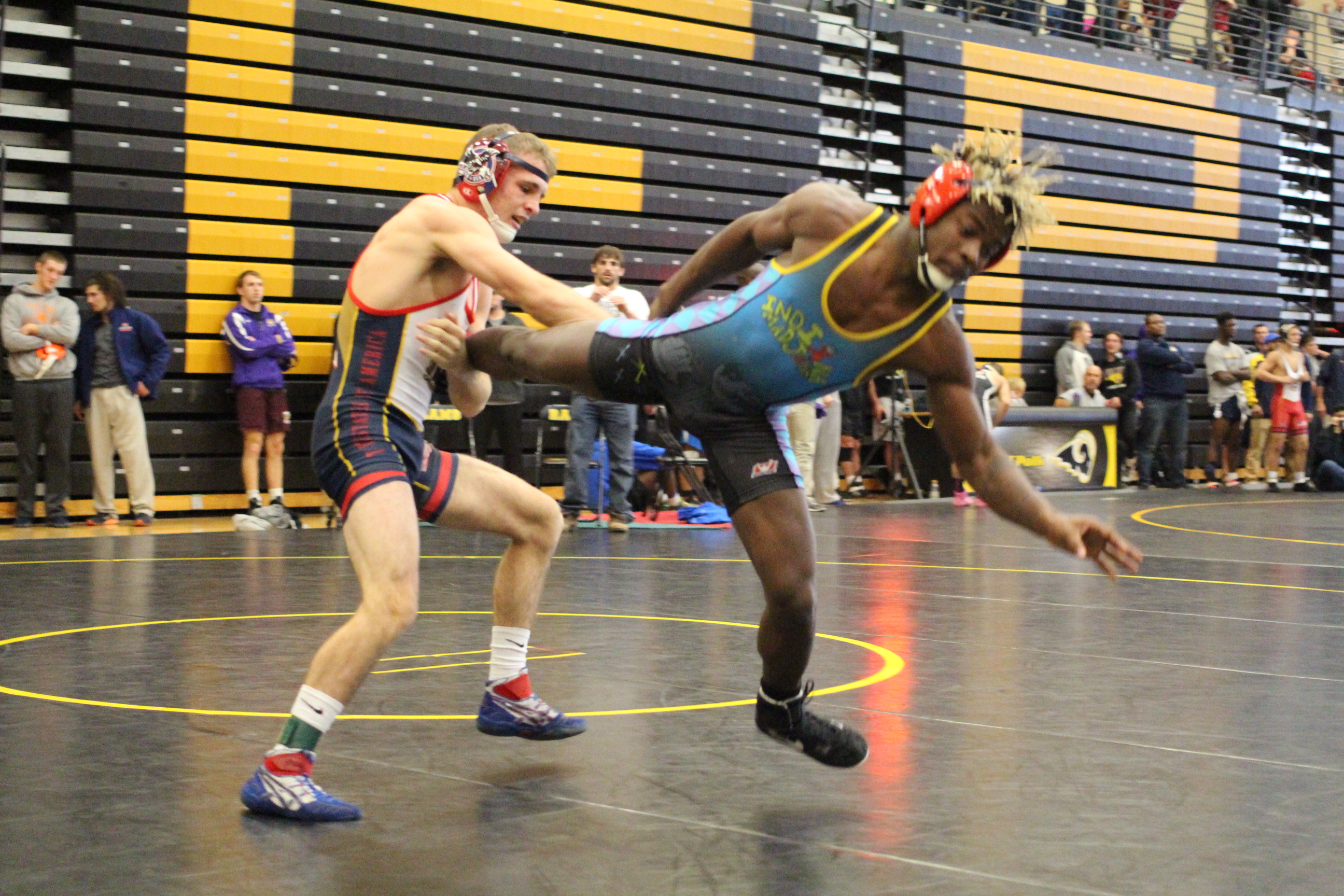 There was a lot of buzz surrounding Carter Happel when he officially joined the University of Iowa wrestling program and believe it or not it wasn’t all based on his high school resume. His accolades included four Iowa high school state titles to go along with his pair of freestyle national titles. In fact, there was almost as much excitement that the Lisbon, Iowa native would be joining a long line of former Lisbon High School alums to wrestle at Iowa — including his father, Dean, and the Hawkeyes assistant coach Ryan Morningstar. Despite all of that chatter, Carter is just enjoying learning process during his redshirt season.

“The transition has been really smooth,” Happel said of jumping from the high school level into the rigors of Division I wrestling, “I had people coaching me that have been through the Iowa program. So, I was well prepared on what to expect.”

Happel began his career by picking up back-to-back freshman division titles at the Grand View and Luther Open at 141 pounds. Wrestling in the smaller division gave Happel the opportunity to wrestle against college competition while getting a better feel for the rules that differ from the high school level.

“I enjoyed wrestling freshman division for the first couple tournaments. It allowed me to adjust to the rules of college wrestling. Wrestling older guys and better competition in the open division has been great.”

In addition to the difference in rules Happel also commented that the cut to 141 pounds has been easy for him to make. As a high school senior Happel won the 145 pound state title, but cut to 138 pounds while competing in freestyle which have day before weigh ins.

In his first foray into the Open division Happel would go 2-2 at the Lindenwood Open in Missouri, before bouncing back and taking third at the UNI Open a few weeks later in Cedar Falls, Iowa. Currently the last loss Happel received this season came at the hands of #14 ranked Tommy Thorn of Minnesota.

Happel also got the opportunity to experience his first Midlands as a member of the team with head coach Tom Brands wanting his young wrestler to get a feel for how his team handles the routine at the tournament.

“I learned how the guys prepare,” Happel said, “I watched them manage their weight, what they eat and drink after making weight, and how and when they warm up.”

Even with the graduation of Happel from Lisbon the Lions still find themselves atop the IAwrestle’s 1A rankings with a familiar name sitting in the #1 slot at 113 pounds. Carter’s younger brother Cael has burst onto the scene for Lisbon and is one of the main reasons they carry the #1 ranking.

“I have followed them (Lisbon) throughout the year and I think they have a great shot to bring back a team title, along with multiple individual titles. They are a really tough team.”

The Hawkeye freshmen aren’t scheduled to make another official appearance until later this month at the DuHawk Open on January 28th. Until then Happel plans to work on cleaning up his wrestling, focus on getting stronger, and is hoping some experience rubs off some of the veterans in the room.

“I wrestle with a lot of guys. Anyone that’s close to my weight I’ll wrestle with. I like working with the older guys on the team and even the Hawkeye Wrestling Club guys.”