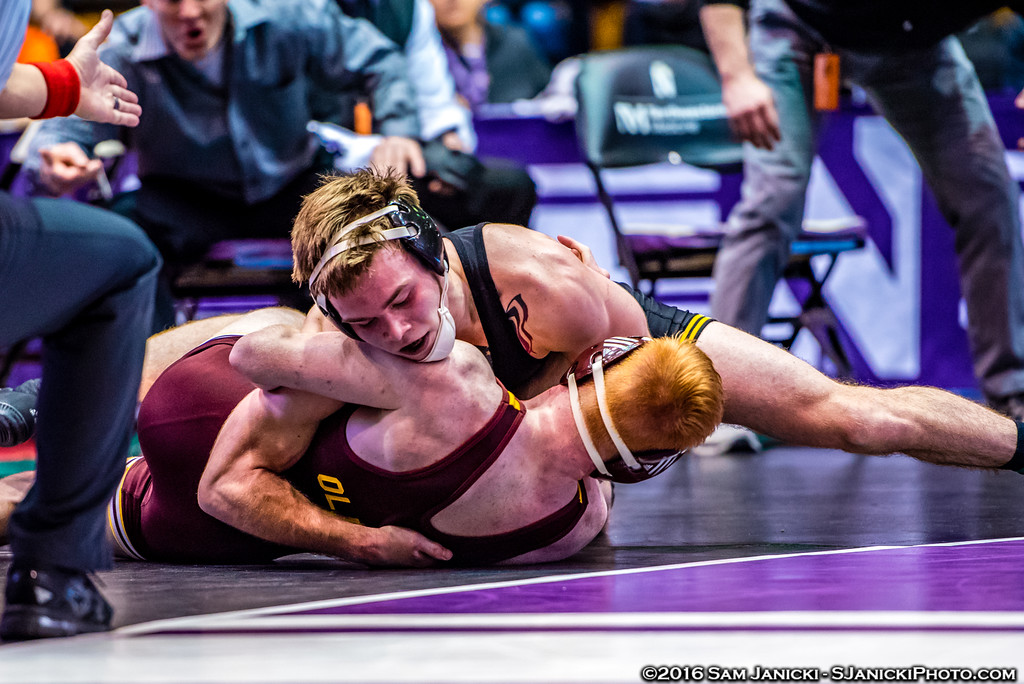 The Hawkeyes will leave the state of Michigan with a pair of conference wins dropping only two matches on the entire weekend. After a 31-7 victory over Michigan on Friday night, the Hawkeyes picked up bonus in seven matches en route to their 44-0 shutout of the Michigan State Spartans. This was the third straight shutout over MSU by the Hawks. The dual wins also moves Iowa to 7-0 on the year, and 3-0 in conference action.

Things started off at 125 pounds where to little surprise Hawkeye senior Thomas Gilman picked up a fall over Logan Griffin to make the score 6-0 early. After making his return to the mat on Friday, Cory Clark just missed bonus, scoring a 7-0 win against Austin Eicher at 133 pounds.

The dual only featured one ranked head-to-head matchup placing a lot of intrigue was placed on the 141 pound match, but it was all Topher Carton who scored two first period takedowns and a six point whip over in the second period to fuel his 12-2 major decision over #16 ranked Javier Gasca.

Iowa would add two more bonus victories at 149 and 157 pounds, with junior Brandon Sorensen racking up a technical fall against Nick Trimble and Michael Kemerer getting an 11-2 major decision versus Austin Thompson. Both Hawkeyes utilized a pair of first period takedowns in their bonus performances.

He weighed in for both duals this weekend, but Alex Marinelli did not take the mat with Tom Brands opting to once again send out redshirt freshman Joey Gunther. After a scoreless first, Gunther elected to go neutral rather than play to Hughes strength in the top position. Gunther’s game plan paid off as he picked up a late period takedown to go up 2-0 in the second. In the third Hughes took top and rode Gunther the entire period for the final score a 2-1 upset for the Hawkeye.

From there Iowa picked up back-to-back technical falls from seniors Alex Meyer and Sammy Brooks at 174 and 184 pounds respectively. Meyer finished his technical fall going the entire seven minutes, while Brooks was able to finish his match early in the third period.

Cash Wilcke followed with a solid 8-4 decision over Matt Okaiye to bring the score to 38-0 Iowa heading into the final bout. There sophomore Sam Stoll earned a disqualification on Jacob Cooper, who was ran out of stall warnings in the match. Stoll’s victory capped off the shutout.

Iowa will be back on the road next weekend when they head to Stillwater, Oklahoma for their annual meeting with John Smith’s Oklahoma State Cowboys. The Sunday dual will be broadcast on Flowrestling.