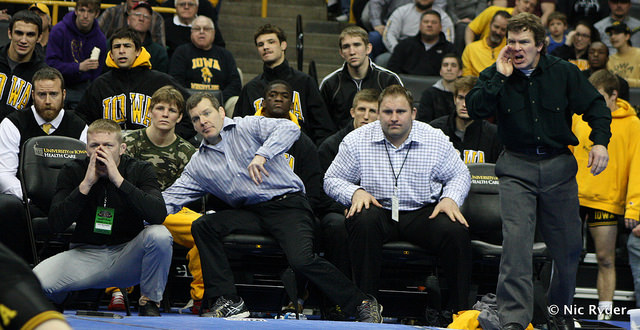 The Brands brothers have combined for 10 Midlands championships as wrestlers and coaches. Tom won the 1990 title as a competitor, while Terry brought home titles in 1991 and 1997. As Hawkeye coaches, they have led Iowato seven team titles since 2007.

They are the ninth and 10th members of the Midlands Hall of Fame affiliated with Iowa wrestling and the 50th and 51st members overall.

Tom and Terry Brands will be recognized before the finals on Friday, Dec. 30. Director of Midlands Tim Cysewski will present the Brands brothers with their Hall of Fame plaques at center mat.