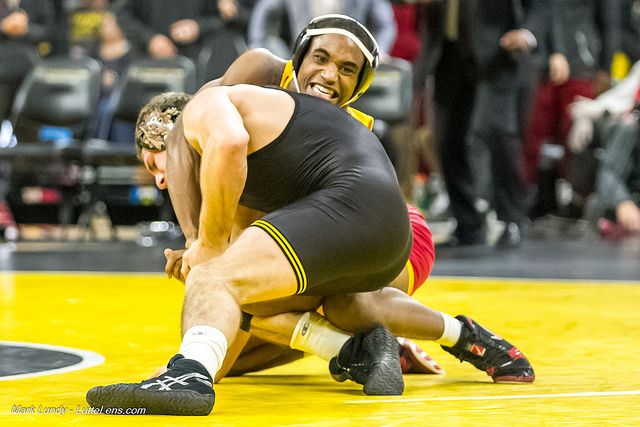 Yesterday, IAwrestle released the news that All-American Pat Downey would not be traveling with the team to the Midlands Championships (December 29-30th) in order to get healthy and make a run in the 2017 portion of the season. We will now release the rest of the projected lineup for head coach Kevin Jackson. Below is who is scheduled to travel:

Remember that the Midlands is different from most traditional tournament in the fact that a team’s 10 scorers can come from any weight — i.e. both John Meeks and Gabe Moreno can be point scorers at 141, instead of having Carson Powell’s points count for the team total (as a total random example). The only wrestlers who cannot have their team points counted will be Kanen Storr and Ian Parker, who can’t score team points during their redshirt seasons.

The above roster looks exactly as one would expect, especially given the news on Downey. Markus Simmons will have to handle two day weigh ins, which could truly be a struggle with this being the first time the youngster has had to hurdle this challenge. Bringing along a veteran Kyle Larson gives Jackson the more established wrestler at the weight.

The battle for 141 will continue between seniors Meeks and Moreno, and Jackson will also look to bring Blayne Briceno in addition to Chase Straw at 149 pounds. Straw has seemingly taken over the starting role for the past month. The rest of the lineup is the regular starting lineup.

In addition to the regular starters two key true freshmen will also make the trip to the Midlands next week, with Michigan natives Ian Parker and Kanen Storr heading to the tournament at 133 and 141 respectively. Storr’s impact for next year is obvious, with both Meeks and Moreno seniors, Strorr is the next man up on the depth chart. The same is true for Parker at the moment who moved up at least one spot with the news that sophomore Nathan Boston will be transferring at Campbell.

One thought on “Projected ISU Roster for the Midlands Championships”