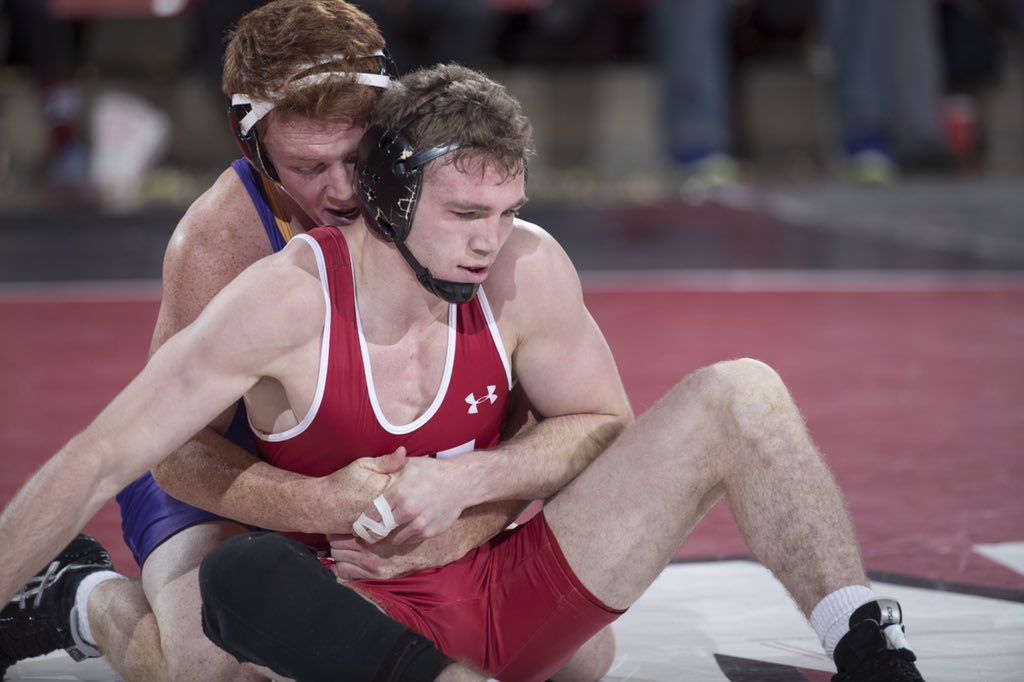 The University of Northern Iowa wrestling squad went on the road for the first time at Wisconsin and dropped a dual match 23-13. The Panthers saw some bright spots, winning four matches on the day, but an upset early in the match and dropping some 50-50 matches proved too much for the visitors to overcome.

UNI was led by the reigning MAC Wrestler of the Week, Taylor Lujan. Lujan won his match 10-3 against #20 Ryan Christensen. Lujan jumped out to a 4-1 lead in the first period on two single leg takedowns. The Panther got another takedown in the second period to go up 7-1 and rose Christensen well, but he could only score a single takedown in the third period and was unable to come away with bonus points.

The Panthers got off to a somewhat shaky start, as Dylan Peters was trying to do a little bit too much in the first period against Wisconsin’s Jens Lantz. Peters was working for a takedown on the edge when Lantz went by him for his own two points. Peters bounced back with an escape and a takedown of his own later in the period, but he couldn’t find his offense against the Badger, who’s bench had put together a good strategy for facing Peters.

Wisconsin came in with a solid strategy against all the UNI wrestlers, and it was a style that the Panthers should have recognized. The Badgers were aggressive, especially in the top position. Wisconsin won four riding time battles, but those four were big matches where a UNI win could swing the entire dual the other way. Wisconsin also took the top position two times in the dual, and that’s two more times than I’ve seen anybody else all season.

The next win for UNI came at 149 pounds, where Max Thomsen had all he wanted from #18 Andrew Crone. Thomsen had a solid start to the bout, going up 4-1 with riding time in the first period and he led 7-3 in the third, but Crone was able to fight his way back to a 9-9 tie after time had expired, but the riding time point proved to be the deciding factor. Thomsen look a bit gassed at the end, and that was when Crone was able to make his comeback.

The last win for the Panthers came at 184 pounds, where Drew Foster avoided the upset and took down Hunter Ritter late in the third period to win his match. Foster came back from a 4-2 deficit in the first period and trailed 7-6 with less than 30 seconds on the clock in the third. Ritter was hitting an ankle pick with ease but Foster anticipated it one more time, and was able to get the match-winning takedown off of it.

The “best” loss of the night came at 165 pounds, where #9 Bryce Steiert took on #3 Issac Jordan in the dual’s premier match. Jordan took an early 2-0 lead going to the second period, and after an early escape point by the badger, Steiert hit a big blast double right through Jordan to cut the match to 3-2. The takedown really seemed to take Jordan out of the match offensively and the officials had to stop for blood time.

Steiert came out in the third period wanting more, and he scored a takedown of his own about halfway through the period. A series where we saw Jordan sit for a full 15 seconds with no stalemate ended when the Badger hit a reversal to secure riding time, and another reversal Steiert’s way closed the match at 7-5.

Josh Alber was the only Panther to drop a match he was favored on paper to win. Alber was ridden out of the 2nd period after choosing to start down, and then Wisconsin’s Eli Stickley went on top to start the third. Alber actually led 5-2 going into the final period, but couldn’t find his offense in the final period, and fell in overtime 8-6.

Jake Hodges, Paden Moore, Jared Bartel, and JJ Everard all fell without scoring a single takedown between them.

The Panthers get a little bit of a break before their next action, which comes in Chattanooga, TN, where they will wrestle in the Southern Scuffle. We’ll have previews for that big in-season tournament later this month!