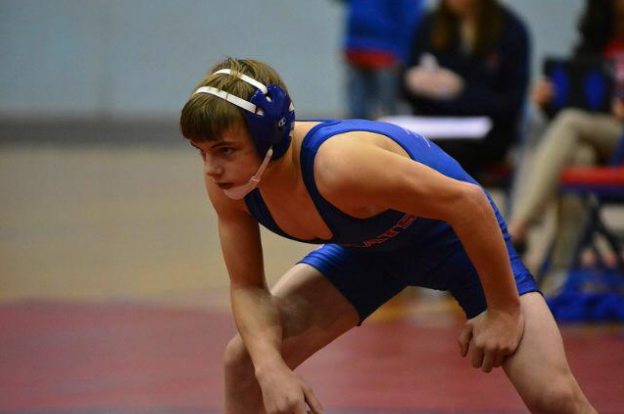 The wrestling season is revving its engine for 2016-17 and in Montezuma, several state qualifiers will be in action at the Montezuma Invitational.

The tournament also marks the beginning of the TV broadcast slate for the No Coast Network. The live stream can be viewed on kboeradio.com beginning around 9:45 to get you set with all the action.

Of these teams, none are ranked in the IAwrestle team rankings, but there are several ranked at their weight classes.

At this event last season, Pleasantville’s Will Anthony (1A #5 at 285) won at heavyweight over Pella’s Keagan Poole (3A #5 at 285), 10-3. Smart money would be on these two seniors matching up again in the first place match. Anthony finished seventh at heavyweight at state last year in Class 1A, while Poole rallied to finished sixth at state in Class 3A.

Pleasantville as a whole is an interesting squad, with three state qualifiers ranked in the first IAwrestle Rankings. Joining Anthony is Griffen McBride (1A #5 at 152) who finished seventh at 145 at the State Tournament. Chaz Clark (1A #7 at 220) is back for his junior campaign after qualifying at 195 before going 1-2 at Wells Fargo Arena. Both should be considered favorites at their respective weight classes.

The trip will be short for North Mahaska, as they travel just 20 minutes up the road. Warhawk grappler Jarrett Stodghill (1A #7 at 132) will look to build off an impressive freshman season which saw he and teammate Tyler Strasser get to state. Both went 2-and-out. Both will look to be difference makers this year again for a rising program.

East Marshall/GMG will look to compete with Strasser at 126, sending returning state qualifier Nick Meling (2A #10 at 126) into the bracket. Meling finished 42-6 as a junior last year, but did not place at state. He’ll lead the way, and will be joined by sophomore Noah Bandstra (2A #8 at 160), who is likely the early favorite at his weight class.

Marshalltown will bring in the final ranked wrestler of this meet with Reese Hageman (3A #9 at 145). Hageman made it to state at 138 pounds as a junior, but was eliminated without a win. He’ll be in good position to win the 145 pound title in Montezuma.

The other schools will be looking to pull upsets and try to challenge East Marshall and Pleasantville for the team title.

You can view the meet in its entirety on the No Coast Network. The HD video is available on kboeradio.com.

Look for more from the No Coast Network all season long as wrestling heats up in the state of Iowa.