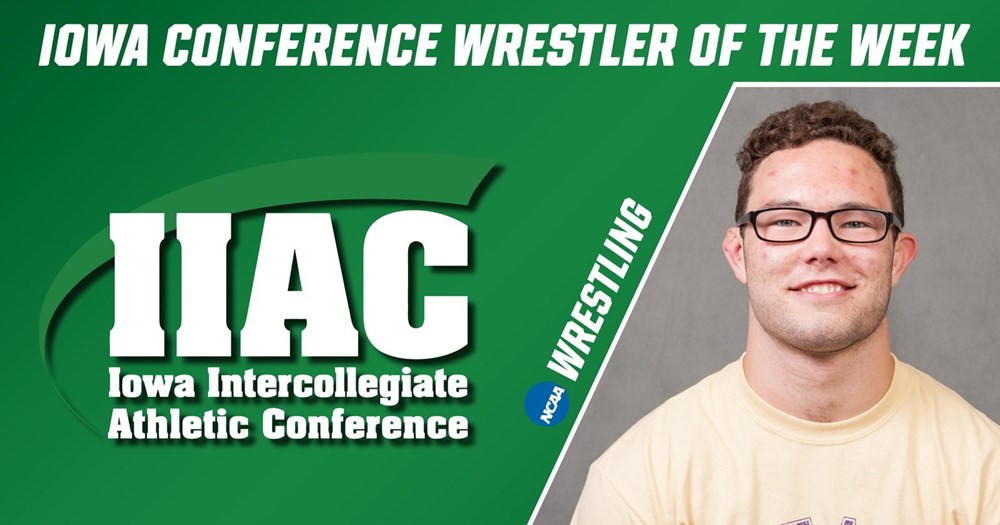 CEDAR RAPIDS, Iowa (Duhawks.com) – Freshman wrestler Guy Patron Jr. picked up a victory in his first weekend of competition for the Purple & Gold, going undefeated and claiming the individual crown at 197# at the UW-Platteville Super 8 Invitational on Saturday. As a result, Patron has been selected as the Iowa Conference Wrestler of the Week, as announced by the conference office on Monday.

The Harvey, La. native dispatched his first two opponents, winning by fall over Augustana’s Ethan Benoit (0:53) and UW-Platteville’s Joshua Canoon (1:54) to earn a spot in the finals. Waiting for him there was Central’s Matt Seabold, a two-time national qualifier and 2015 All-American. After working his way out to a 7-4 advantage, Patron added a riding time point to seal the victory over Seabold, who is currently ranked No. 4 nationally at 197# in the NWCA Poll.

For Patron Jr., this is his first individual title at 197# in his debut season as a Duhawk after winning a Louisiana State Title and being named Most Outstanding Wrestler during his high school career.

The Duhawks return to the mat on Saturday, Nov. 12 in a dual against UW-Stevens Point on the campus of the University of Dubuque. Wrestling begins at 1p.m.

One thought on “IIAC Wrestler of the Week – Guy Patron Jr.”