Burke Paddock no longer at University of Iowa 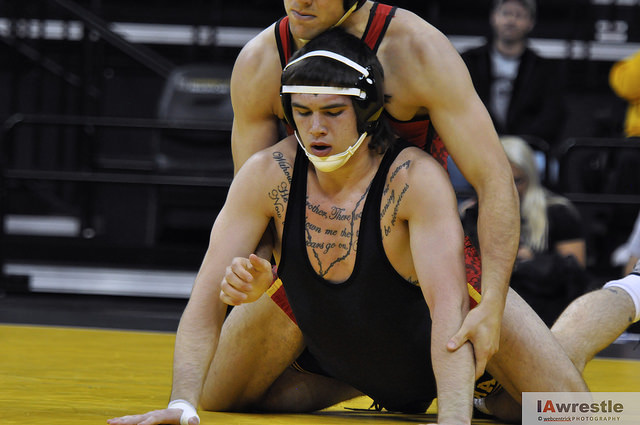 Confirmed from the University of Iowa that wrestler Burke Paddock has decided to leave the wrestling team. A redshirt sophomore from Warsaw, New York, Paddock was expected to compete for the 165-pound spot in the Hawkeye lineup this season.

Paddock came to the University of Iowa a two-time New York state champion and a six time Cadet and Junior high school All-American. Last season Paddock was 11-7 split between 165 and 174 pounds after redshirting his first year on campus.

With Paddock no longer in the picture it appears that Skyler St. John will be the man to start the season for the Hawkeyes at 165, and he will be pushed by true freshman Alex Marinelli. It’s no secret that Iowa loves the potential Marinelli brings to the table, but fans should still expect a wait before the possibility of head coach Tom Brands pulling the Ohio native’s redshirt.

Alex Marinelli will compete this weekend in the Open division at the Grand View Open.

2 thoughts on “Burke Paddock no longer at University of Iowa”